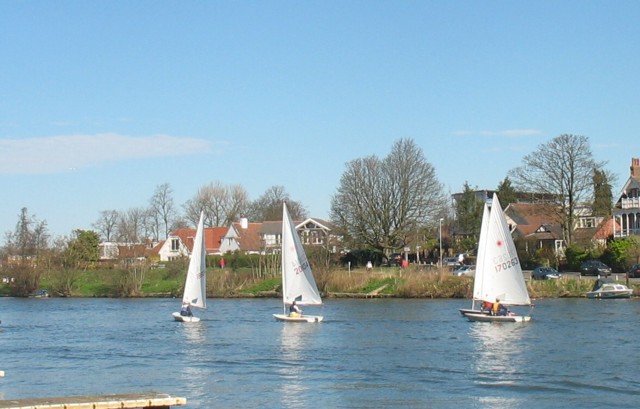 Tamesis members returned to sailing with enthusiasm on Sunday 16 March, the first day in 12 weeks that the heavily flooded Thames had returned to a sufficiently slow pace to make racing possible and the first day’s racing since the Christmas Pudding Race on Sunday 15 December. Four Merlins, four Lasers, a National 18 and a Firefly took to the water in warm sunshine and a light to moderate WNW wind to enjoy the satisfaction of sailing. The six round Merlin race was won by Ken Duffell and Brian Corking in Harry (3599) and the winning Laser was Greylag (188044) sailed by Donald Forbes.