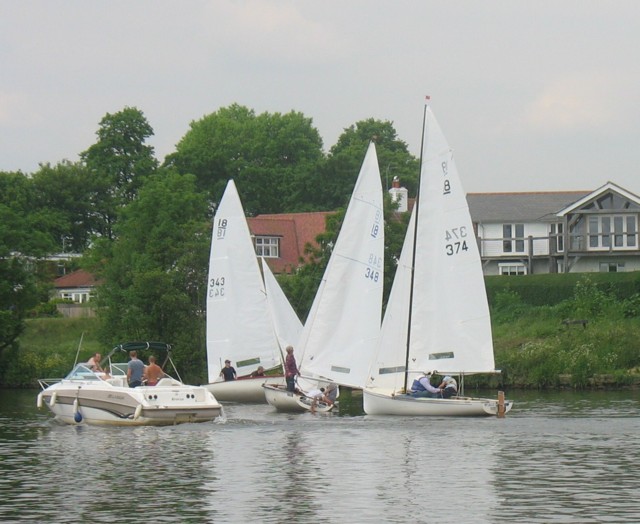 Rob Wilder and Joe McLaughlin sailed Heat Wave (343) to an undisputed three race victory to win both the Tamesis Anchor and Queen Adelaide Cup at the annual race for National 18s on Saturday 17 May. Thriving on the hot summer weather that perfectly matched the boat’s name, they lapped all the other contestants over a five round course in the last of the races. The light westerly wind made for slow sailing and none of the other 18 crews were able to match the speed and dexterity of Wilder and McLaughlin in tacking across an east-west dogleg near the Clubhouse.

Ian Burnett and Anne Bayne were second overall on the water in every race. .

The Race Officer was Ken Duffell.