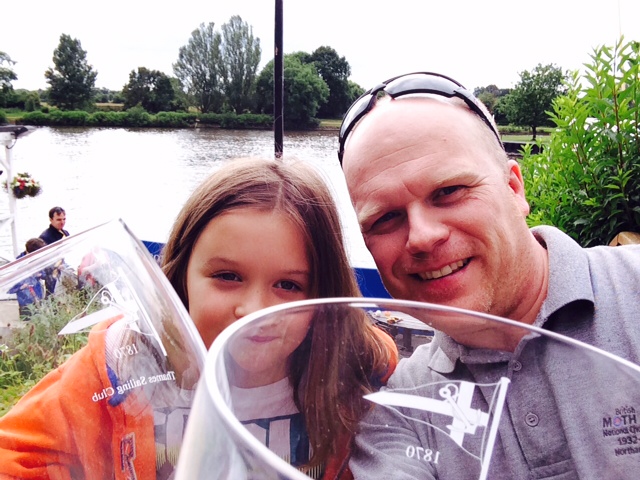 Rob and Helen Wilder won the Thames Challenge Cup at Thames SC’s open meeting for Vintage Merlins on Saturday 14 June. Sailing Flinkidink (1097) they got the best of an upstream running start and won the first and third races in a 12-strong fleet.

Crewed by his daughter Milly on Father’s Day, Sunday 15 June, Rob was second overall finishing second and third in the first two races, which were sailed back to back in a decent breeze, and sat out the last race. The winners were Alex Jones and Jack Deung from Cookham Reach SC sailing Snorter (3627). The 12 entries included visitors from Tamesis, Cookham Reach and Wembley SC.

Dana Church and Tim Cole were ninth in Jabberwocky (1950)