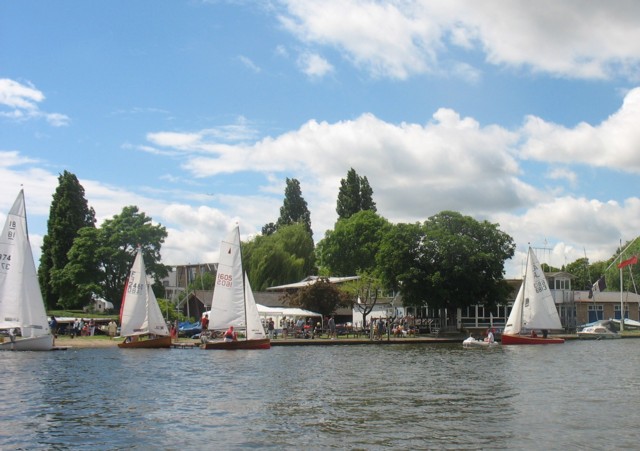 “I enjoyed that” was the delighted comment of several visitors as they left Tamesis after a three-hour Push the Boat Out sail on Saturday 14 June. More than 80 people took part in 15 boats in a gusty moderate to fresh northerly wind. Experienced sailors took the visitors, including many children, out for a sail in a selection of the Club’s dinghy classes including National 18s, Merlins, Lasers, Fireflies, Mirrors and an Albacore. There were frequent crew changes and some of the more adventurous adults were allowed to sail single-handed under the careful supervision of two safety boats. The wearing of lifejackets was compulsory for all but the most experienced sailors.

A barbecue lunch was served under the shelter of a marquee, although many chose to eat in the Clubhouse when an early shower of rain dampened the proceedings, but the leaden skies were soon replaced with warm sunshine.