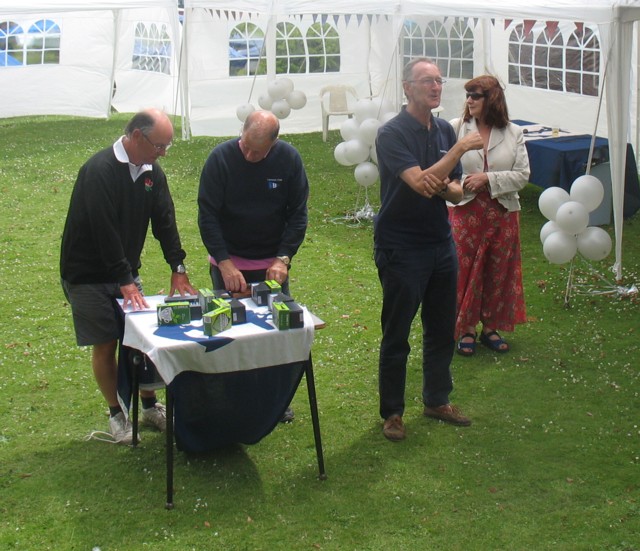 The Cutty Sark Bolt (also known as The Great Tea Race) was won by Jon and Joanna Redding in their Merlin Rocket (3520) Pikey on Sunday 29 June after a race of an hour and 45 minutes in which the 16 starters were sent off at intervals based on their class handicaps. Donald Forbes led for much of the race in Greylag, Laser (188044) but was overtaken by the Reddings in the fourth and final round which took the fleet from Tamesis to a Canbury mark set below Steven’s Eyot, then downriver to a Lensbury buoy close to Teddington weir. A brisk northerly wind gave a challenging downstream beat and a more managable upstream run on which several Merlins used their spinnakers to great advantage.

Race Officer David Croft set a difficult north-south dogleg that gave competitors a short interim beat opposite the Clubhouse on their sail upriver. This caused several unexpected place changes as boats competed for the inside place at the marks and eventually lead to a protest after a collision involving three boats.

The prizes, which included packs of tea, were presented on the lawn by Commodore Stewart Colley after the annual Commodore’s Cocktail Party. Entry fees totalling £80, have been donated to the Cutty Sark Trust.