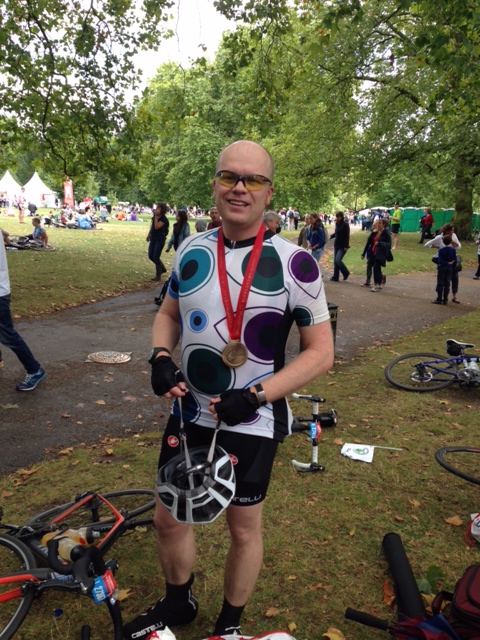 Rob Wilder raised £1010 for Moorfields Eye Charity in the London-Surrey 100 bike ride on Sunday 10 August. The course was shortened to 86 miles because of the bad weather but Rob reports that he was able to get round the course in 5 hours 28 minutes. “I got caught in the storm and the road became a river. We had to get off and walk for a short while just after Ham Gate.” The shortened course meant he did not have to cycle up either Leith Hill or Box Hill.

His mother, who is partially sighted, has been a patient at Moorfields Hospital for many years. Tamesis members who would like to sponsor Rob with donations can do so by going to https://www.justgiving.com/robert-wilder1/