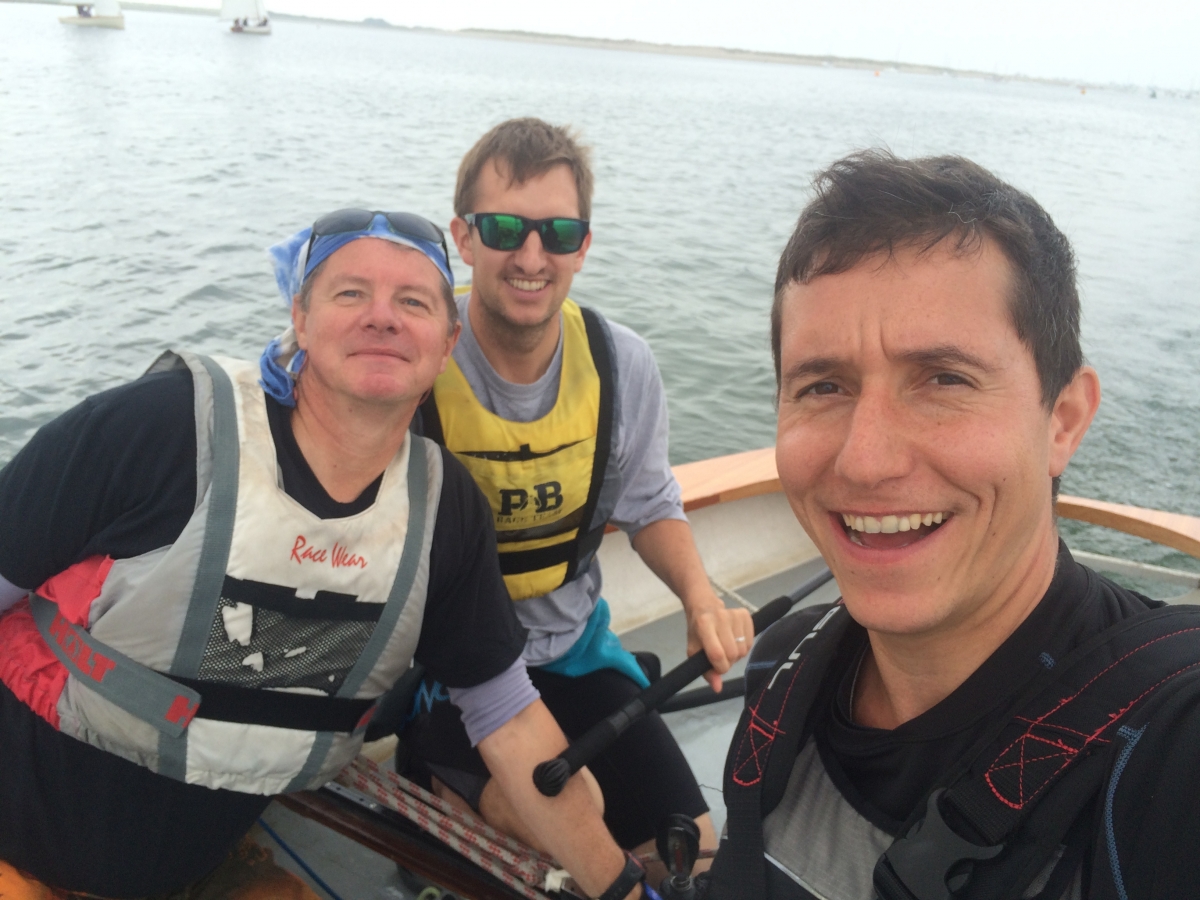 A fantastic day of sailing down in Bosham last Saturday for the N8 English National Championships 2014.

There was an excellent turn-out with eleven 18s taking part. 2 boats made it down from Tamesis: Heatwave, sailed by Rob Wilder (helm), Joe McLoughlin(middle) and Jodok Gerber (wire), and Antedote with James Fox (helm), Dana Church (middle) and Kaan Yargici (wire). Jeremy Vines was also there on Rhapsody with Max and Julian Berney for his crew.

Winds were very very light when we got there at around 9am, and there was some worry that we wouldn’t get much of a sail. Indeed a few of us had to be towed out to the start which was scheduled for 12noon but we didn’t actually get going until around 12.30pm.

However this was not a problem as although it wasn’t fast paced, the first race turned out to be very tactical with positions changing numerous times as Antedote, Heatwave, Rhapsody, and Odyssey (sailed by Ollie Houseman) all circled round each other. However as the race progressed Antedote and Heatwave pulled slightly ahead to finish within 10 seconds of each other. Well done Rob.

The wind now started to pick up with the second race going the same way. Interestingly, with the light winds, Odyssey was unable to keep up with the Ultimate division. Rob took the win again.

For the third and final race the wind really picked up, and we soon found ourselves hiking with myself and Jodok fully out on the wire. Great fun. This is where Odyssey went up on to the plane and off she went, winning my a mile. Heatwave was second, Antedote third, and Rhapsody just behind, sailed expertly by Jeremy who didn’t have the advantage of someone on the trapeze.

A fun hour long sail beating back up the narrow channel to Bosham (with the odd rudder scrape in shallow waters – sorry about that Chris!) completed what was a fantastic day on the water. However for Rob and Heatwave the win was not to be as the wooden classic TouCou, sailed by Brian Hoolahan and crewed by Tim Reynolds, performed very well and was at times right on the transoms of the fibre-class boats, and with this took the overall handicap prize.

The National 18 English National Championships are alive and well.