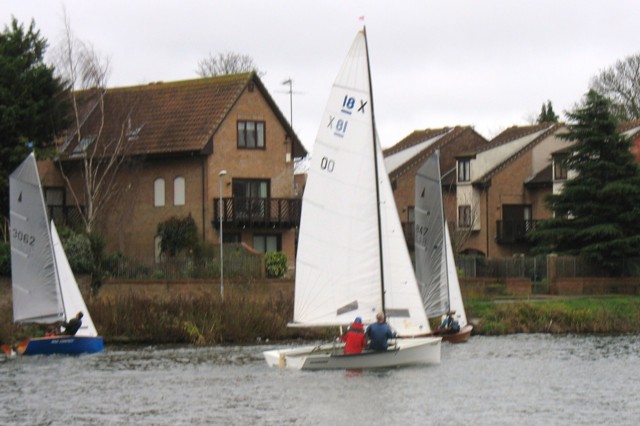 Ian Burnett, Class Captain of the Tamesis National 18s, reports that in a well attended meeting at the Club on Sunday 28 September members voted by 18 votes for, none against and one abstention to buy a new Phil Morrison designed National 18 like Odyssey, which was seen at the Club earlier this year, and to launch an appeal for funds among both active and retired class members.

Members will have the chance of buying a percentage partnership, making a Gift Aid gift or an interest free loan. Partners and lenders will have proportionate sailing rights but the main thrust was to to get new and younger people into the fleet, whether new or existing Tammy members. The class would “crowd fund” the new boat.

It was planned that the first production boat, already being built by White Formula of Brightlingsea, would be at the RYA Dinghy Show at Alexandra Palace next March. The new Tamesis boat was likely to be produced by about August or September 2015.

The class also agreed to increase the use of the fleet’s existing boats by boat lending, increasing the number of partnerships and syndicates, or simply by new users agreeing to help with the costs in return for a share of the sailing.

2 thoughts on “Tamesis National 18s looking to the future”