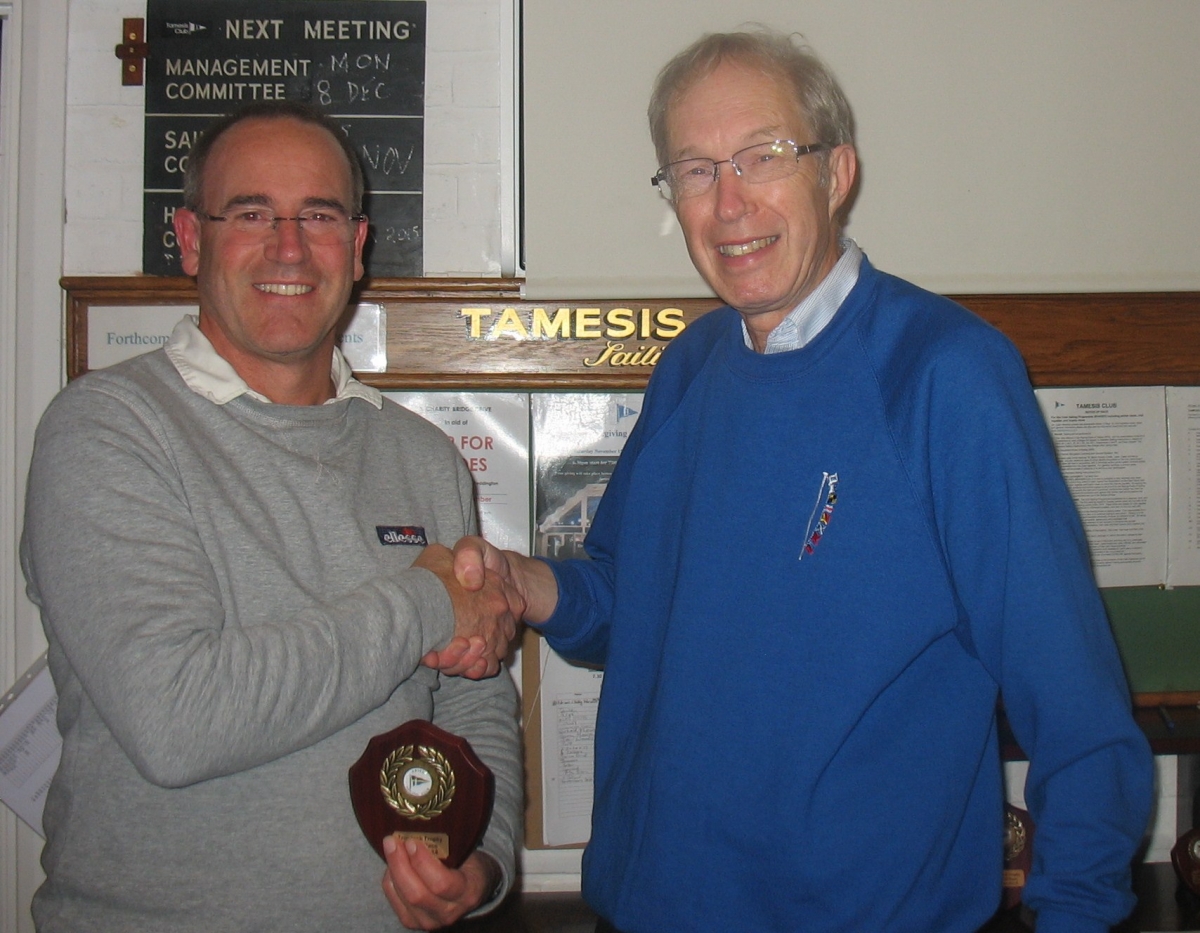 Marcus Chavasse won the Trowlock Trophy in his Laser, RTM (197213) at Ariel SC’s annual two race handicap pursuit at Teddington on Sunday 2 November. He was second to Peter and Richard Mason, last year’s winners, sailing Bambusa (Merlin 847) in the first race and won the second race, in which the Mason brothers did not compete.

David Baker and Jim Green were second overall in Cobblers (Albacore 6813), counting a third in the morning and a second in the afternoon.

Donald Forbes was third overall in Greylag (Laser 188044) with a fourth in the morning and a third in the afternoon.

The course took the 14 competing boats from Ariel, Minima and Tamesis on a lengthy upstream course from the Ariel start line to a mark close to Hampton Wick Railway Bridge and down river to a buoy set near the southern end of Trowlock Island.

After the strong winds and heavy rain of the early morning, the racing was blessed with some welcome sunshine and a much lighter southerly wind later in the day, giving a tricky upstream beat and a reach and run downstream.

Lunch and tea were provided by Robin Lince and other members of Ariel in the Tamesis Clubhouse. Nicky Chavasse served at the bar. They were thanked by Tamesis Commodore Stewart Colley and shields were presented to the winners by Alan Hall.