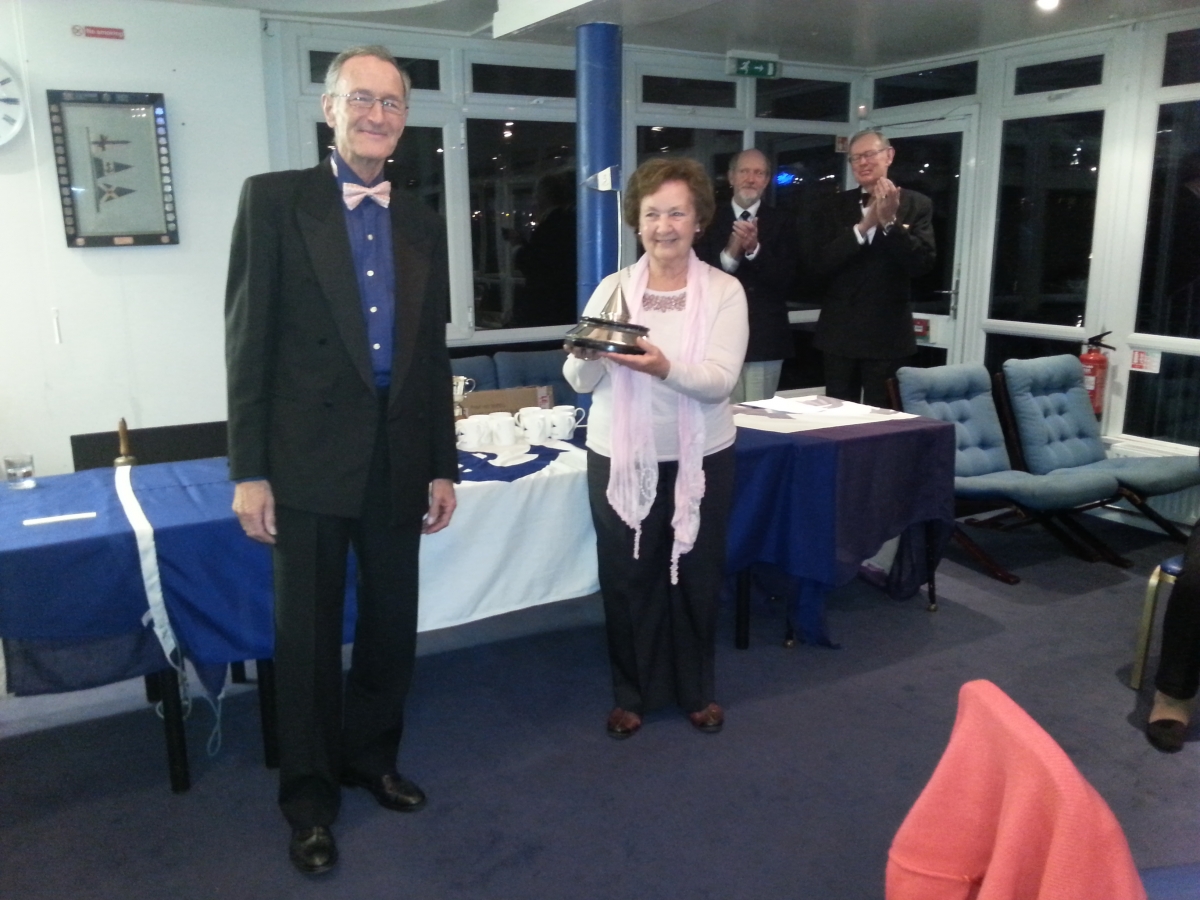 Ted Neal, Tamesis Club’s Bos’n, who is currently in Kingston Hospital recovering from a stroke, was loudly cheered by 52 fellow Tamesis members and friends at the annual prizegiving on Saturday 15 November when Commodore Stewart Colley awarded him a special trophy in recognition of his long and dedicated service to the Club.

The trophy was accepted on Ted’s behalf by his wife, Doreen, who said she would take it to him the following day and felt it would play an important part in assisting his recovery.

The Trophies were elegantly presented to winning helms and their crews by Nicola Colley, the Commodore’s wife, during the annual prizegiving supper organised by John Adams, the Rear Commodore House.

Commodore Colley thanked John’s wife, Lesley, for cooking an excellent three-course meal and all her helpers in the kitchen and bar. He also thanked Sailing Secretary Brian Timbrell for arranging the prizegiving and assembling the trophies and all the members who had worked hard through the year and on the day to make the event a great success.