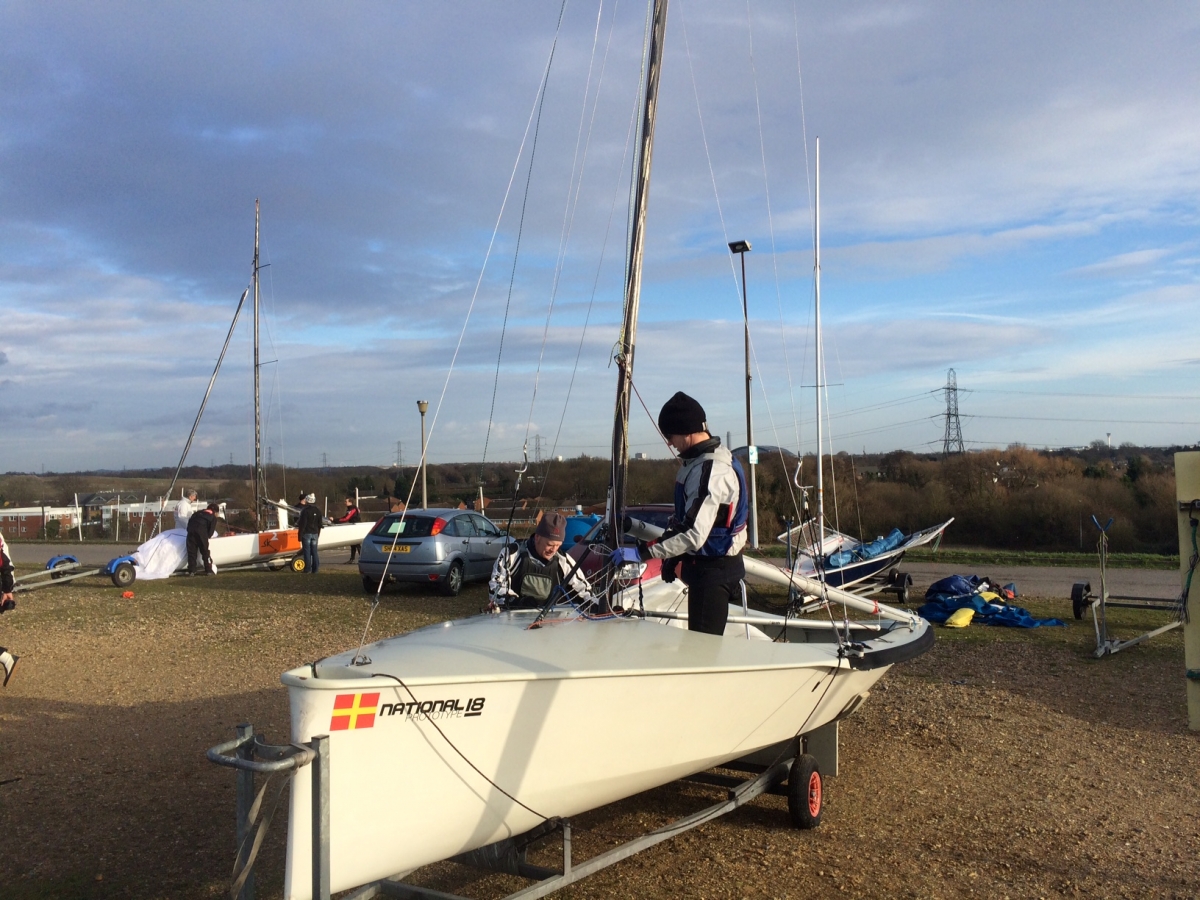 In the boat were Tamesis Club members Rob Wilder on helm (his first sail in Odyssey), Matt Jones in middle (having sailed Odyssey once before at Tamesis Club), and me on wire.

When we arrived at Datchet the wind was light and indeed the day before it had been quite calm. So when we launched down the steep sides of Datchet we all thought this was going to be a gentle day out. However as the day progressed the wind continued to rise until mid-race it was a steady 15mph+, gusting to 25mph. That made the rest of the race an exciting learning exercise for three guys who hadn’t sailed as a team before in a boat most had hardly sailed before. Odyssey was forgiving however, with fast reaches and quick tacks. There was some tight competition with a host of other boats, and the noise of the hull while planing was very loud and clear.

Odyssey wasn’t completely forgiving however as she gave us a gentle nudge later on with a capsize during a tack in a big gust. Rob and I managed to hop over to the centreboard and bring her upright in just a few minutes. After sailing back to pick up our floating toolbox we rejoined the pursuit.

A windy time but a lot of fun and high speeds. Looking forward to seeing how Odyssey handles for the other SailJuice Series events.

Next up Oxford Blue 3rd January, and the Bloody Mary on 10th January.