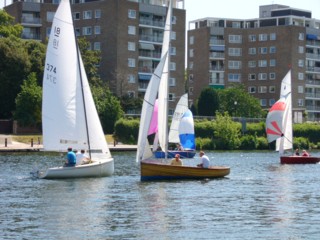 Simon Gunn, an enthusiastic National 18 crew, died on Tuesday 9 December. He crewed for Ian Burnett in Zephyr (374) when they won both the Queen Adelaide Cup and the trophy now known as the Tamesis Anchor in 2005. They were lapping the other 18s at the finish of the race. He lived in Thailand in recent years and died in Bangkok. His ashes are being brought back to the UK and will be scattered near a favourite place, a beautiful waterfall in North Wales.