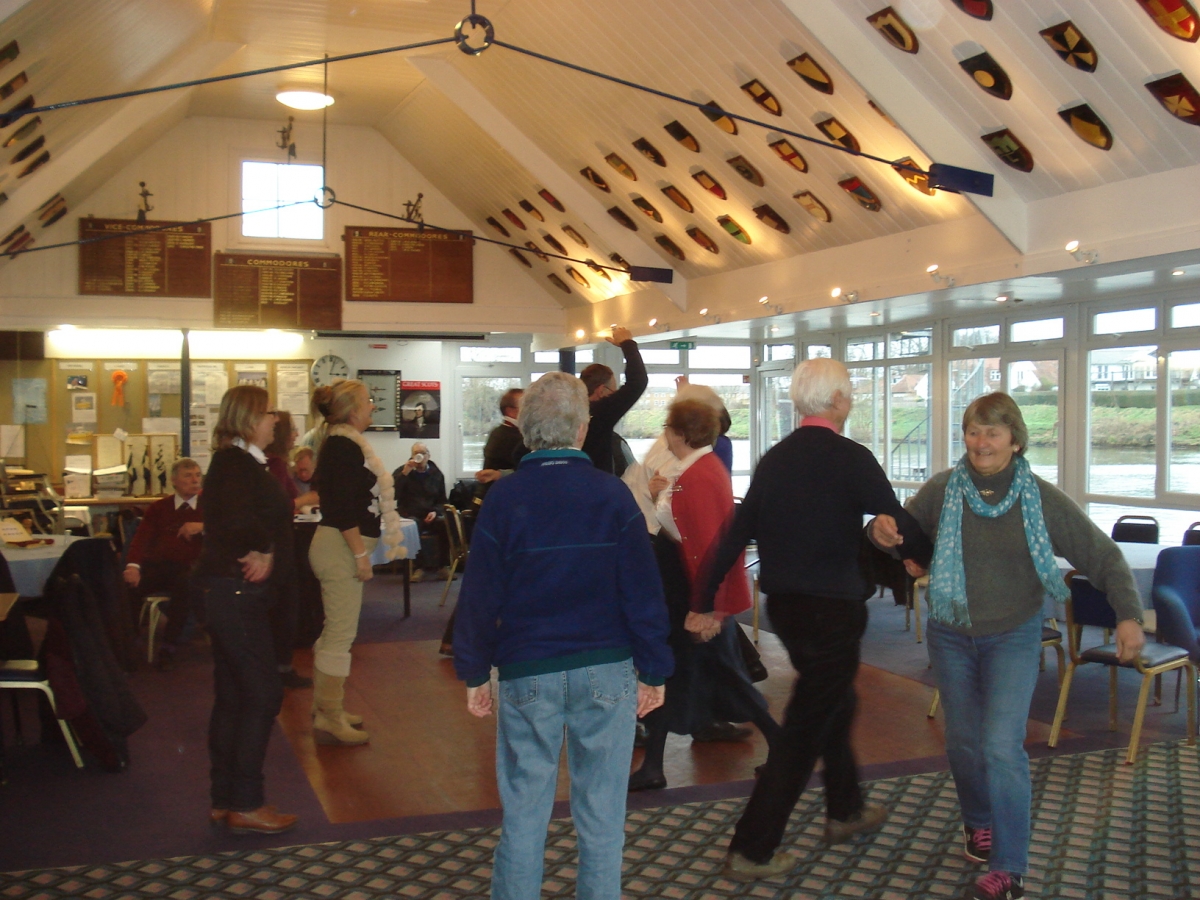 The Tamesis club house reverberated to the sound of Scottish music after sailing on Sunday 25th January as a kilted yachtsman led 22 enthusiastic members in a bevy of Scottish dances from the Gay Gordons to the Dashing White Sargeant.

A ‘Burns Afternoon’ was arranged by Vice Commodore Carolyne Vines with the help of Eric Finlayson of Ariel.  The latter was wearing a full highland kilt complete with sporran Farquaharson tartan tie and knee length socks.

The celebration followed a specially arranged lunch of haggis, neeps and tatties carefully prepared by Anna Finney, Jo Carstens and Rosalind Warwick-Haller.  Eric performed a magnificent traditional ‘Address to the Haggis’ which was followed by the sampling of the same.  Alan Green, Rear Commodore Sailing read the toast to the lassies.  The responding toast ‘to the Laddies’ was rendered by Carolyne Vines.

Great fun was had by all.  It will hopefully be repeated next year.

Report and photos by John Dunkley