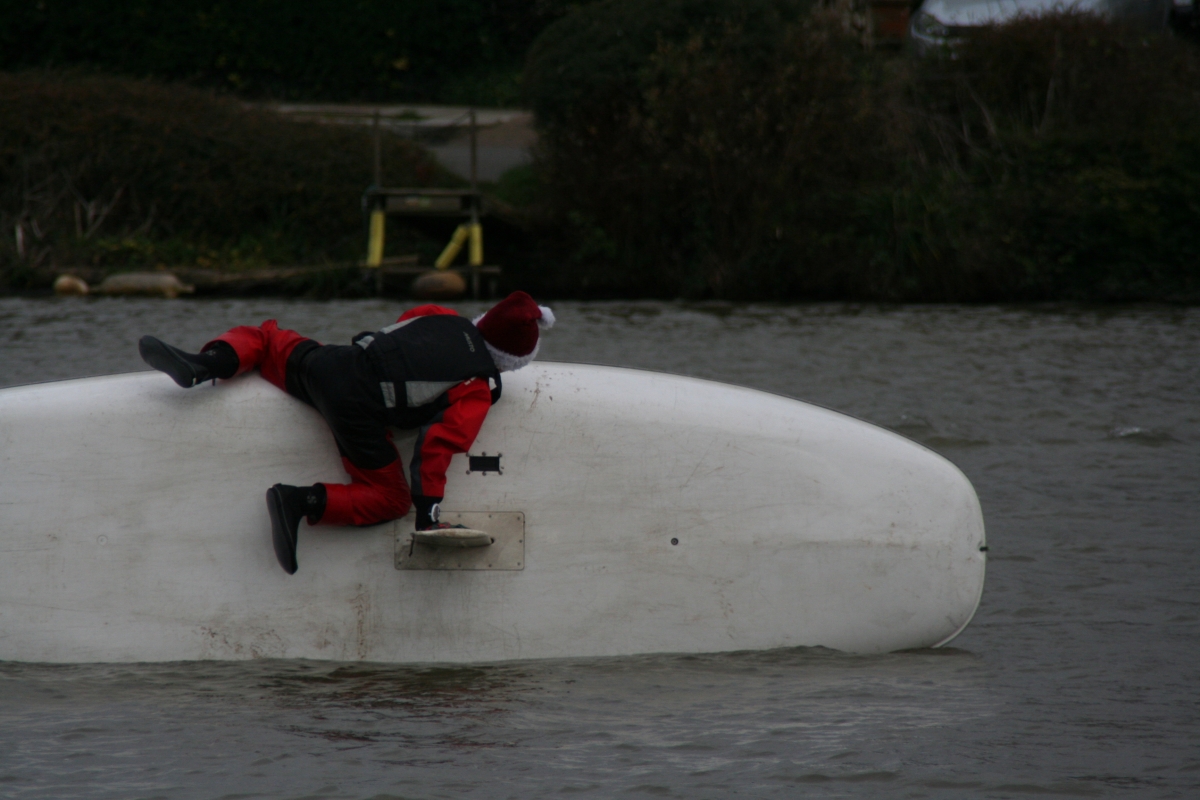 Charles Fox, last year’s winner of the Uffa Spoon, turned the tables on Vice Commodore Carolyne Vines, at the Vice Commodore’s Dinner on Saturday 7 February by presenting her with the much prized trophy, awarded annually amid riotous laughter for the biggest gaffe of the year.  After a 45 minute speech in which he recounted the follies of numerous other members, he told the 70 guests how Carolyne had lost the mooring line on the rescue dory as she tried to turn it around a pontoon with the result that it drifted across the fast flowing river and had to be rescued by Tamesis 111, the club launch.

Earlier in the evening the Seacock Trophy, awarded for the biggest folly by a member of the Tamesis Offshore Group, was presented by Martin Adams, last year’s winner, to Marcus   Chavasse.  Marcus was told by the resident skipper of a chartered yacht in Croatia that he was “married to the wrong woman”.  His wife Nicky had won the Uffa Spoon in 2013.

Uffa’s Spoon, a dirty and rusty old serving spoon, was presented by the famous yachtsman Uffa Fox in 1931 after he had found it in the Tamesis dinghy park.

Carolyne also thanked Jo, Amy, Karina, Loren and Rosalind for cooking and serving the food and for serving the drinks at the bar.  David Baker organised the wine, Lesley Adams decorated the tables with daffodils and matching daffodil napkins, and Chris Pollard printed the menus and the table plan.  The lamb was carved by Marcus Chavasse, Paul Jamieson and Peter Johnson.  The tables were laid by Stewart Colley, John Adams, Adrian and Sally Warwick-Haller, Sara Jamieson, Nicky and Peter Johnson, Jim Green, Chris Pollard, Nicky Chavasse and David Baker.  John Adams also kindly provided the makeshift megaphone which Carolyne used instead of the PA system – it was  a plastic beaker with the bottom cut out!