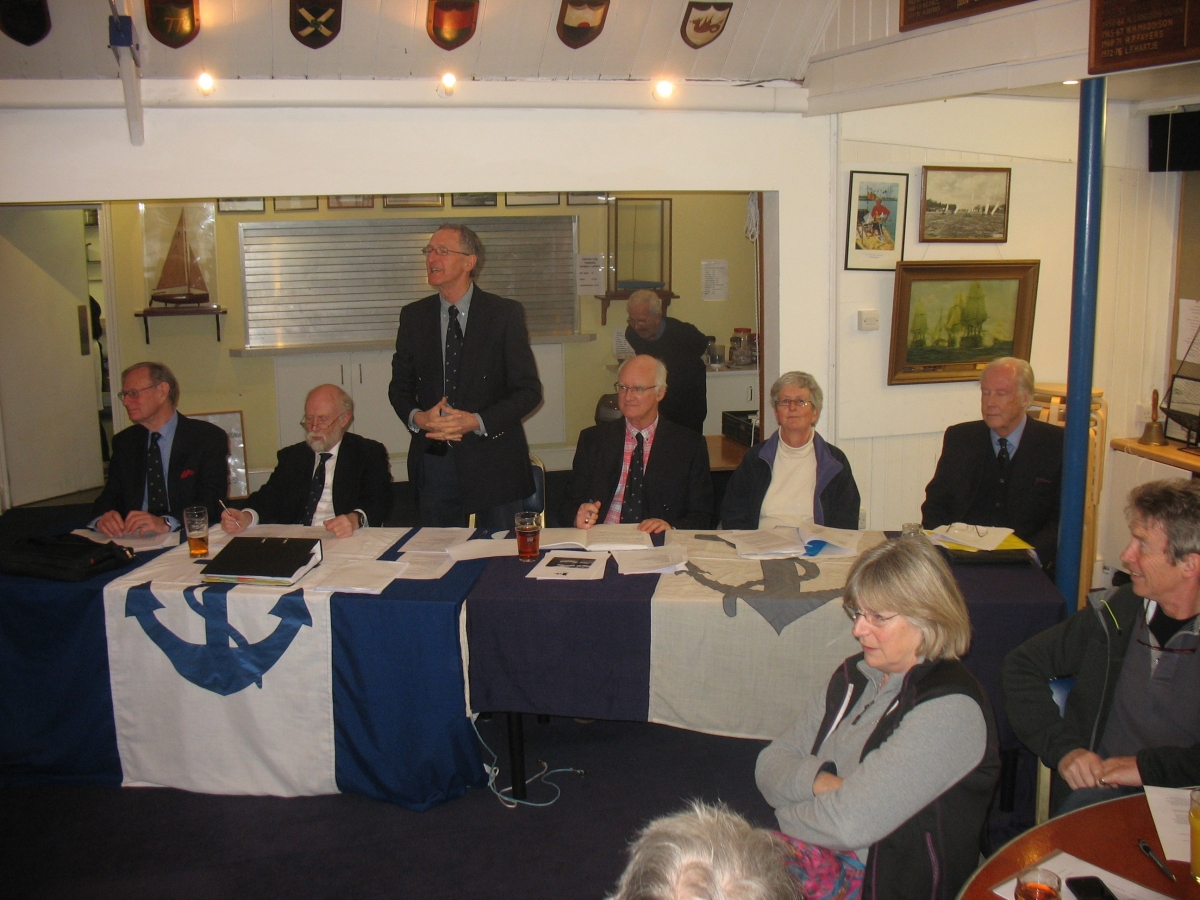 Following a challenging morning’s racing in a blustery south westerly taking us on a beat up past the island against a strong stream, some fifty Tamesis members gathered for the AGM on Sunday 22nd February after a good lunch.

The Commodore welcomed members and reviewed the progress of the club over the year – both the positive – for example the great new website and the new training boats, a Wayfarer and four Toppers, and the sad – the passing of members of many decades standing, Rosemary Green and Club Hon Architect and Captain Phil England. Phil’s heritage lives on in the fabulous clubhouse we all now enjoy.

The Treasurer Graeme Lythe explained the accounts which showed a healthy position.

There was a lively discussion with questions and ideas from the members present, following which the Report and Accounts were unanimously approved.

The Flag Officers and standing committees were duly elected.

Colin Stokes reported on the Bridge Group activities, and Kaan Yargici, who chairs the club’s informal Development Committee established some 18 months ago, made a presentation about the website and other achievements of the committee over the year, and plans for the ongoing development of the club. Rear Commodore, Sailing, Alan Green, covered training developments at the club.

There was further discussion of these important areas before the meeting drew to a close.

The Commodore thanked everyone involved in the production of the Report and Accounts, and Brian Southcott thanked all the officers and helpers whose hard work had enabled the club to run smoothly and successfully over the year.