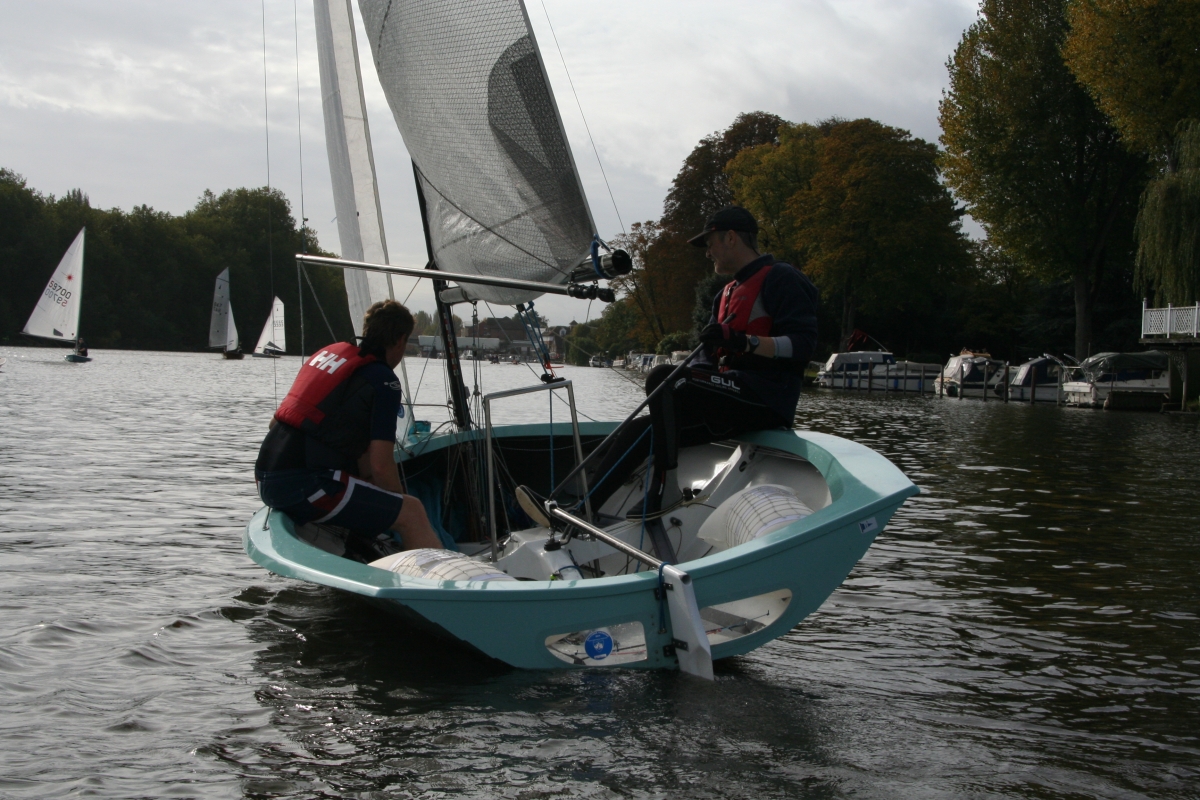 Death of Richard Mourant.
Richard Mourant, Tamesis Merlin Class Captain, passed away on Tuesday 10 March after a determined fight against cancer. His death occurred only 10 days after his marriage to Naekyoung Kwak after which friends and family joined them for a reception in the Tamesis Clubhouse. He died in Princess Alice Hospice.
Richard was an enthusiastic merlin sailor and owned several boats during his membership of the club.  Richard was Sailing Secretary in 2007, crewed for members of the Offshore Group, and was a keen supporter of all the Club’s social activities”.
The funeral is on Thursday 26th March at 4.20pm in Kingston Crematorium, Bonner Hill Road, KT1 3EZ.  020 8546 4462.
All welcome.  The chapel has room for 70..

The reception will be on the first floor of the Gazebo pub from 5pm.  Again all are welcome.

Thames Street (on the riverbank walk around 150m upstream of Kingston bridge and on the town side of the river),