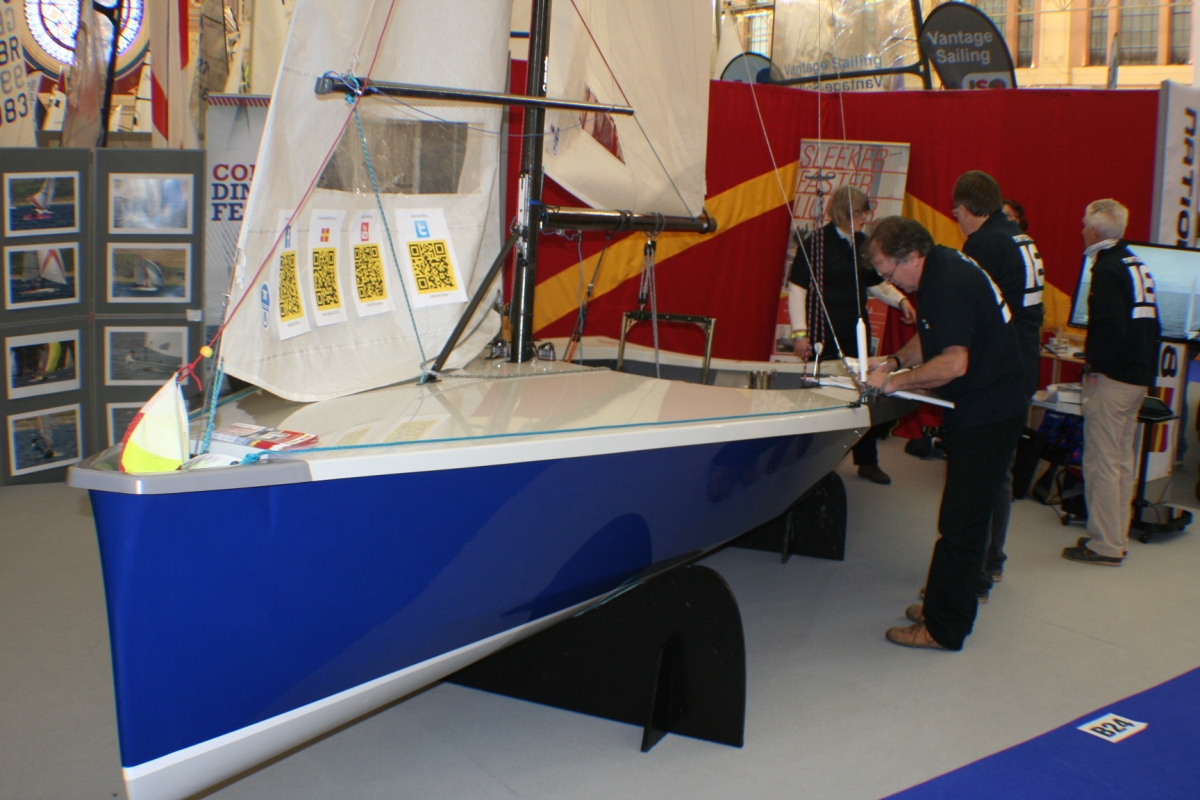 The new National 18 ‘Ultra’, designed by Phil Morrison designed and built by White Formula made her first public appearance at the RYA Dinghy Show at Alexandra Palace on 28th February & 1st March.  The first production boat, number 401, was at the show (40kg lighter than the ‘Ultimates’ we presently have at Tamesis).  Owned by Jeremy Vines and Ollie Houseman and resplendent in her blue topside livery, she was formally named Hurricane by Phil Morrison and Rob White at 2.30 p.m. on the Saturday … to much hullaballoo around the stand and show (and a few glasses of bubbly!).

Tamesis members Jeremy & Max Vines; Ian Burnett; Chris Pollard & Kaan Yargici worked with a good number of members from clubs across the National 18 universe to man the stand and promote the new boat.  There was much interest shown.  Indeed, 44 people showed enough interest to sign up for a test sail.  Max had continued her organisation of the show stand in spite of badly breaking her wrist a week before the show.

Pictures of the new boat, on the stand, and sailing, can be viewed by clicking on links below.  We also anticipate a picture in the April edition of Yachts & Yachting

Also a link to a video that was produced by the RYA.
http://www.rya.org.uk/videoplayer/Pages/default.aspx#/videos/e99QOASAqQQ