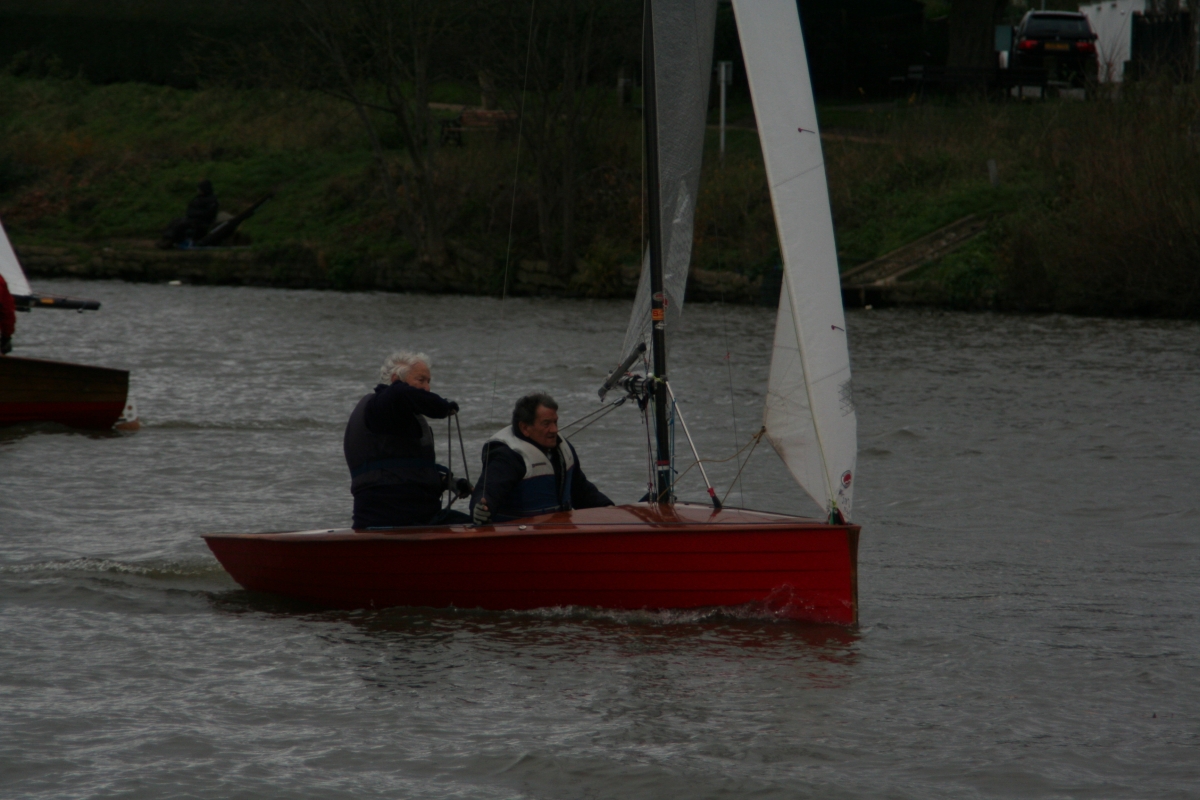 Race Officer Carolyne Vines, Tamesis Vice Commodore, set a course within sight of the clubhouse and a challenging east-west dogleg exposed to the full strength of the wind across the recreation ground. Competitors were unable to get across without at least one tack and several found it necessary to tack several times. In compensation, they had a reach both up and downstream.

There were some good planing opportunities, particularly downstream to the Lensbury mark mid-way along Trowlock Island, and it was approaching this that one Merlin capsized in a strong gust and had to be rescued by the Club launch manned by Peter Simpson and Daniel Gerber.

Most boats were taking between eight and nine minutes to sail each lap and what had been a seven round course was eventually shortened to five and a half with a downstream finish.