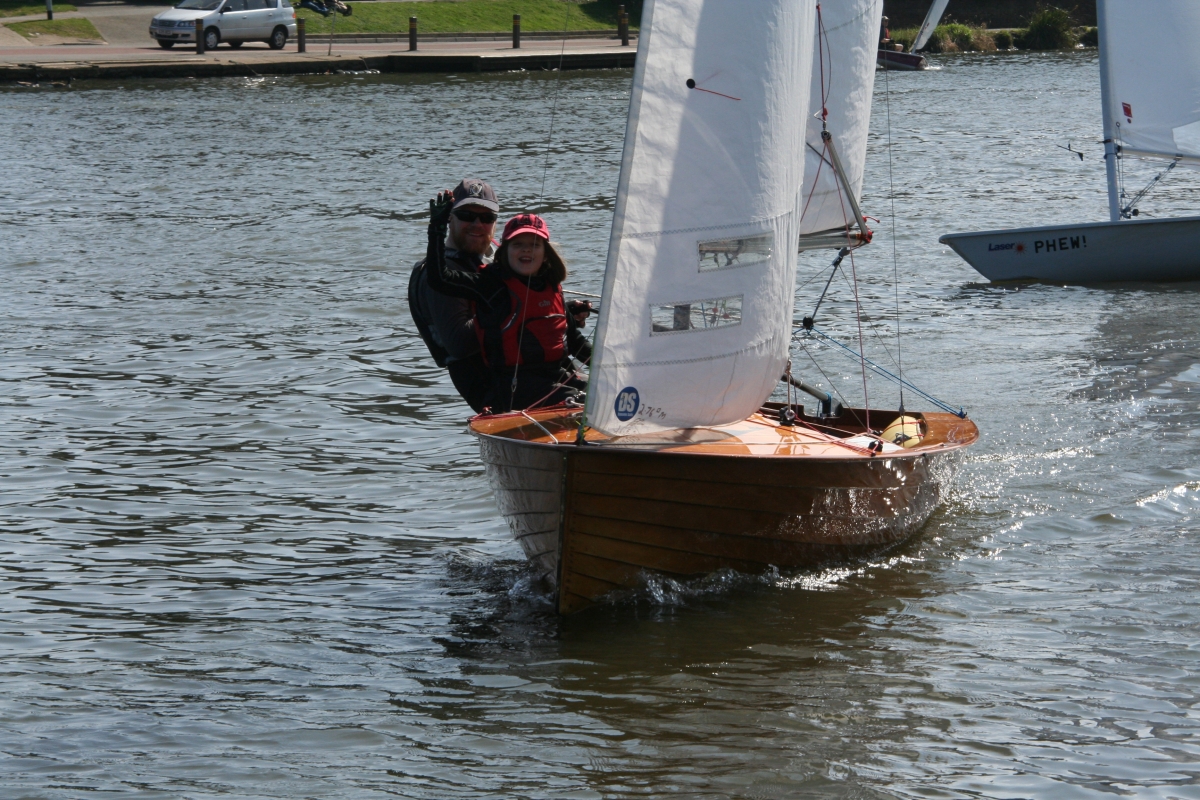 Rob Wilder and his young daughter Milly won the top prize Easter egg in their Merlin Rocket Flinkidink (1097) at the Tamesis Easter Regatta on Monday 6 April.  The prize was awarded to the best placed boat in both the morning handicap race, in which there were 15 entries, started from the Tamesis line, and the afternoon pursuit, which was started from the Ariel line, with nine entries.  Participating boats included National 18s, Merlins, Lasers, a Wayfarer and an Enterprise.

The morning race was won by Donald Forbes in Greylag (Laser 188044) and the afternoon pursuit by the National 18 Ocatillo (316) sailed by Charles Fox and Steve Katz.  The rules provided that a boat which had won a prize in race one should forfeit her prize in race two to the next placed boat.  Flinkidink was third in the morning and second in the afternoon.

Making the best of a strong and gusty NE wind, Race Officer John Meredith set a course with a downstream start to a Lensbury mark midway down Trowlock Island followed by an upstream run to a Canbury buoy just short of Steven’s Eyot.

In the afternoon, RYA coach Ben Kimbell offered particpants advice on how to go faster from the Dory.

The regatta was organised by Tamesis Rear Commodore Alan Green, who also competed in the Tamesis Wayfarer, crewed by his wife, Susan, in the afternoon race and single handed in his National 18 in the morning.

There was a good turnout of spectators who, with the sailors, enjoyed a lunch of roast lamb with a choice of vegetables, soup and sandwiches, with tea and hotcross buns in the afternoon.  Alan thanked the ladies in the kitchen for their contribution to and most enjoyable Easter regatta.