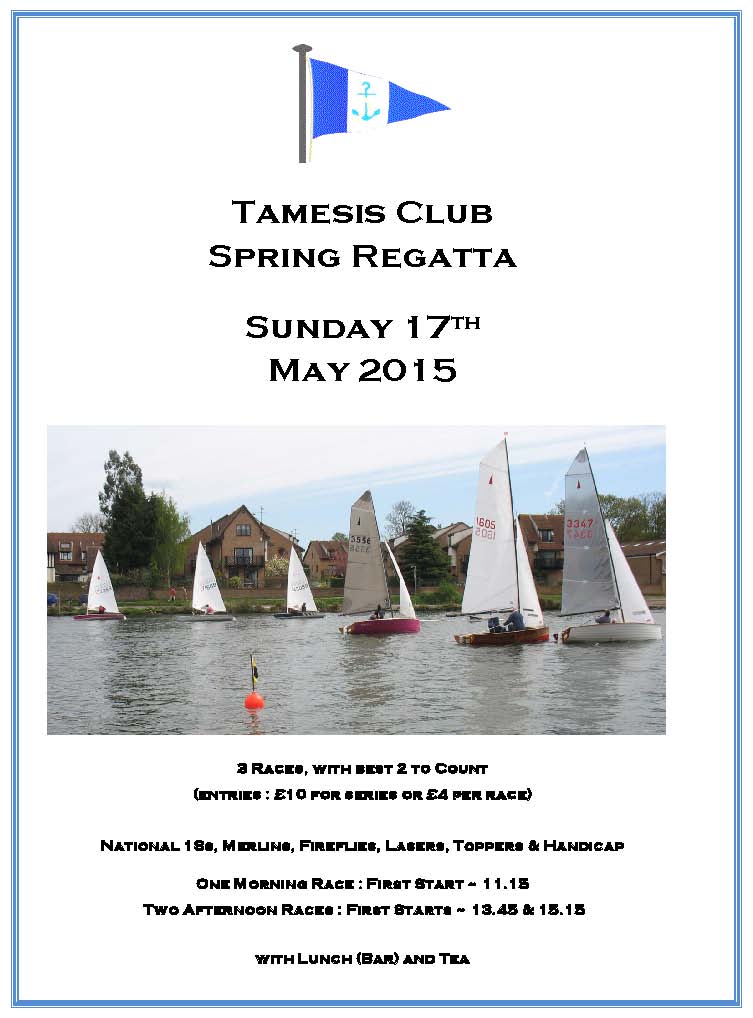 Forty enthusiastic competitors sailing five different types of boat took part in Tamesis Club’s Spring Regatta on Sunday 17 May. There were 25 entries for the event which was held in warm sunshine and a light to moderate west north westerly wind which produced occasional gusts that caught some helmsmen unawares, resulting in several capsizes.

Race Officer Brian Southcott set a course that took the contestants down river to a Lensbury buoy half way down Trowlock Island and up to a Canbury mark close to Steven’s Eyot, with an east to west dogleg opposite the clubhouse and clubhouse lawn.

Some of the most experienced Laser sailors paid tribute to the fact that they were beaten by a 15 year old – Nick Forbes – who out sailed his tutor grandfather, Donald Forbes, a frequent race winner himself, despite capsizing three times.

The results are based on the best two of the three races.

The regatta was organised by Sailing Secretary Brian Timbrell and Vice Commodore Carolyne Vines presented the prizes. The safety boats were operated by Ken Thatcher and George Barber, Nicky Johnson was Assistant Race Officer, and Caroline Timbrell took the entries. Lunch and tea were prepared and served by Jo Carstens and the catering staff.