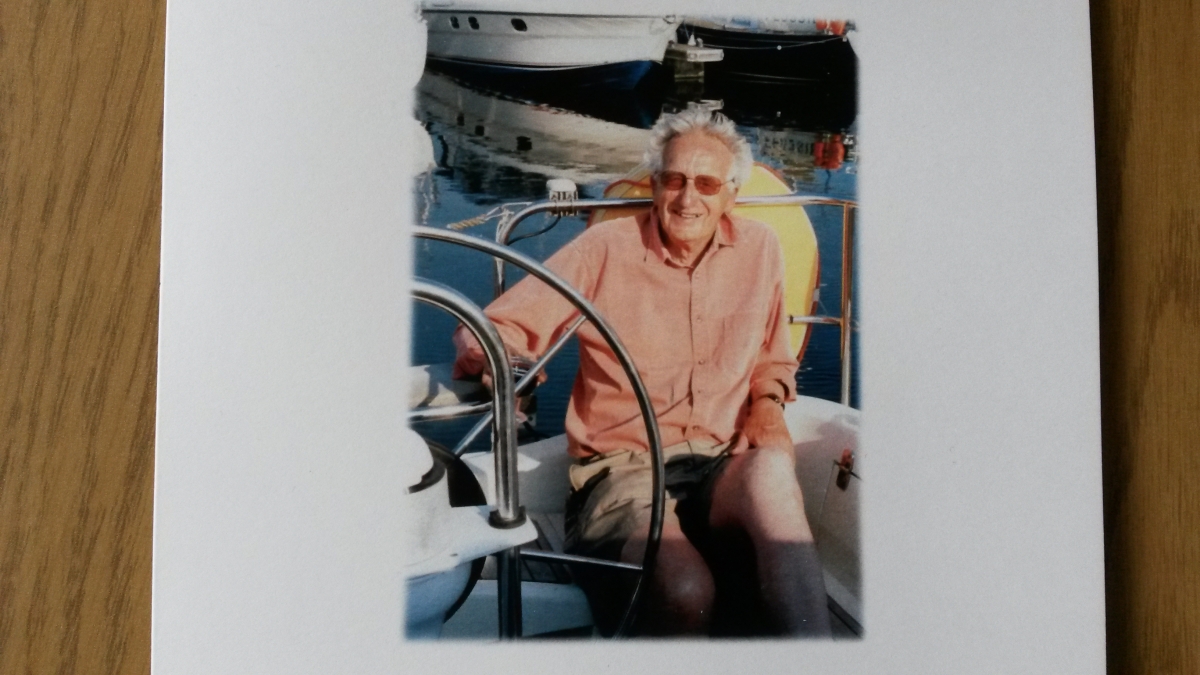 Tamesis members learned with great sadness of the death of Eric Webb at the Royal Surrey Hospital, Guildford, on Saturday 23 May. He was 85. A Tamesis member for many years, Eric had been an active member of both the National 18 fleet and of the Offshore Group, with which he raced a Moody Eclipse 33 called La Suya and won the Offshore Cup in 1993, 1995 and 2002. He had also won the Cup in his previous boat, Lady Deer, in 1988. In the National 18 fleet he sailed Ana Purna which he bought from the then Commodore Richard Miles in 1995. He was also the member responsible for introducing the Laser class to Tamesis. The funeral took place at Guildford Crematorium on Thursday 4 June followed by a reception at The Withies, a nearby public house, where guests were welcomed by his widow, Moyra, also a Tamesis member for many years. The service was conducted by the Rev. Ann Fraser and included the hymn Eternal Father, strong to save “O hear us when we cry to thee, For those in peril on the sea”. Tributes to Eric were paid by members of his family. The 60 mourners included nine from Tamesis Club, led by Vice Commodore Carolyne Vines and members of the Offshore Group, the National 18 Class and the Lasers. The club ensign was flown at half mast in honour of Eric. Donations in memory of Eric can be made to the RNLI.

1 thought on “Death of Eric Webb”