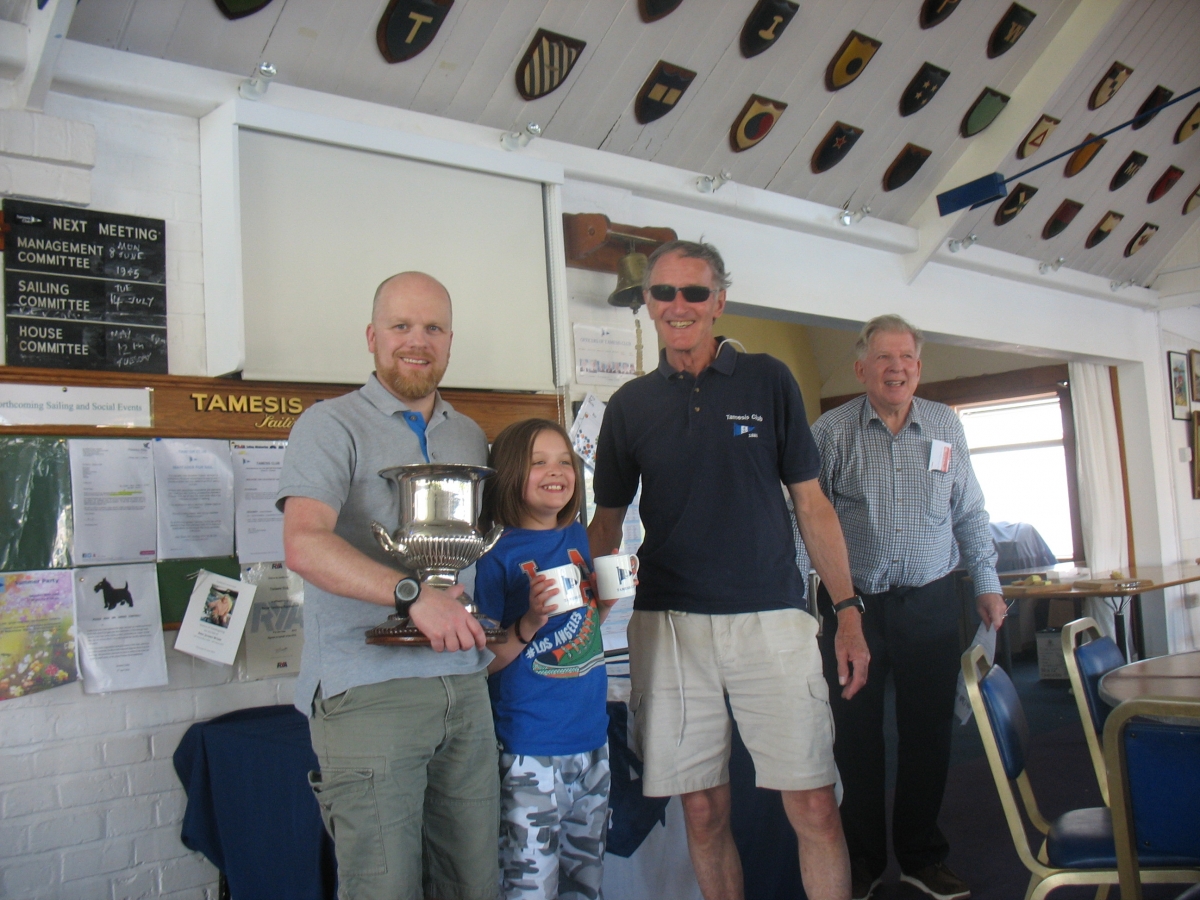 The Centenary Cup, presented in 1985 to celebrate Tamesis Club’s 100th anniversary, was won by Rob Wilder and his nine-year-old daughter Milly in a 20 boat fleet on Sunday 7 June. Sailing Flinkidink, Merlin Rocket 1097, in an all classes handicap pursuit,were soon through to an early lead. followed by Storm and Cobbler who were neck and neck throughout.
Race Officer Ian Burnett set a long course which took competitors on a short downstream beat to Trowlock Island followed by a long upriver run and reach in a light northerly wind and warm sunshine to a turning mark just short of Hampton Wick Railway Bridge. Both races were finished after one and a half hours from Tamesis 111, the club launch.
A Mirror (7005), sailed by Chris and Alex Balding, led until about 15 minutes before the race end in the morning, before being overtaken by Flinkidink, with Cobblers, Albacore (6813), sailed by Dave Baker and Jim Green, last year’s winners, finishing second, and Donald Forbes, in Storm, Laser (146120) third.
Only 11 boats came to the start line for the afternoon race.  Donald Forbes in Storm led for most of the race.  Flinkidink steadily sailed up through the slower boats to take the lead.
Overall results: 1 Flinkidink (MR1097) Rob Wilder & Milly Chong-Wilder, 2 Storm (Laser 14620) Donald Forbes, 3 Cobblers (Albacore 6813) Dave Baker & Jim Green, 4 Orion (National 18 336) Alan Green & Peter Konidaris.
Commodore Stewart Colley presented the prizes.