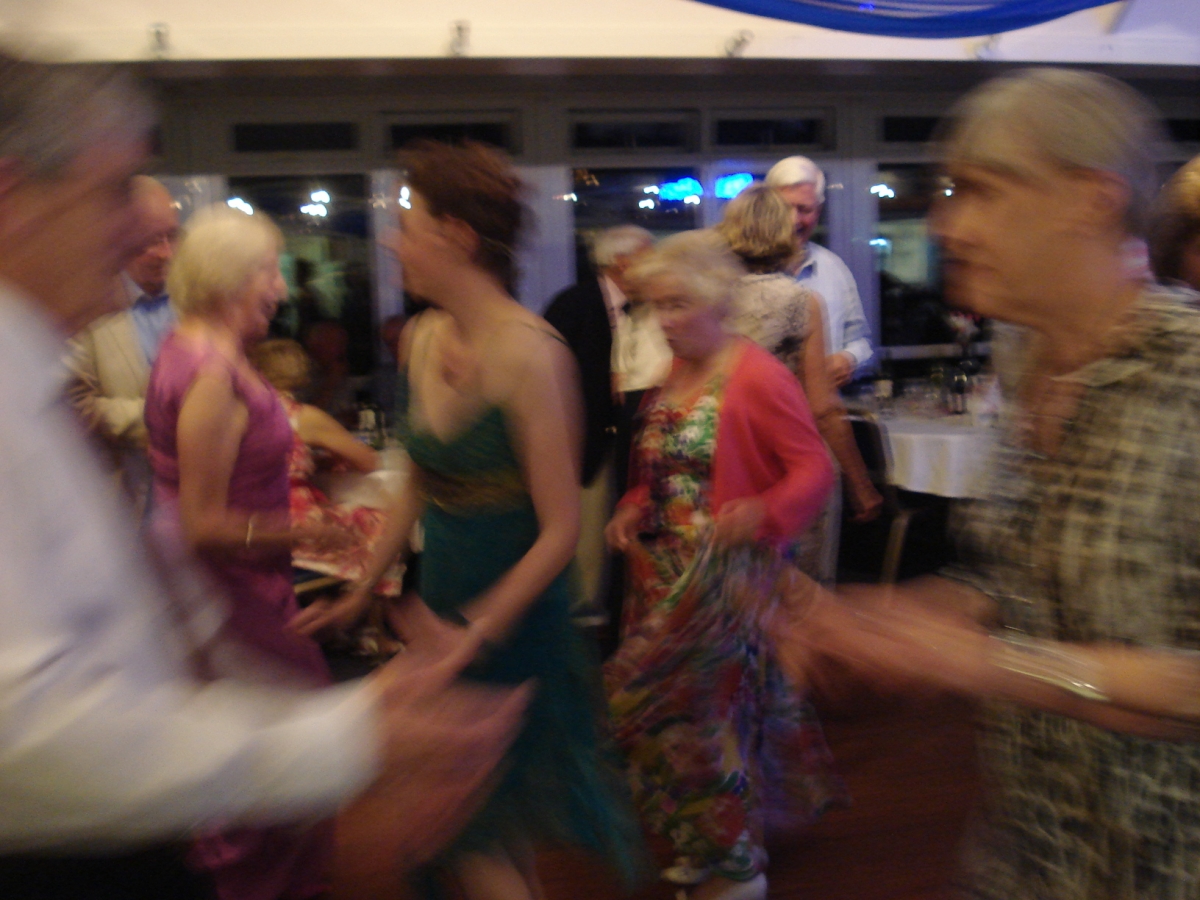 The Tamesis Summer Party on Saturday 20 June was declared a great success despite several unexpected problems. It rained. Not a great inducement to enjoy mid-summer’s eve on the Club lawn where tables and chairs had been carefully placed under canvas canopies for members to enjoy a drink.
Then there was what can only be described as the asparagus challenge. An over-hot oven in the kitchen turned to mush the asparagus that was being lovingly cooked to go with the smoked salmon for the first course. The Commodore immediately rose to the challenge, driving to the market stall which had supplied it. It was sold out. No new supply until Monday. So he drove to the nearest supermarket. It had only very few left. So he bought the few and drove to another supermarket and another and yet another until he had enough asparagus to replace the soggy sticks.
When the 60 guests arrived, they enjoyed a welcome drink and sat down in the delightfully decorated clubhouse to a delicious supper of asparagus and smoked salmon, coronation chicken, new potatoes and salad, followed by strawberries, raspberries, blueberries and cream, cheese and biscuits, coffee and chocolate mints.
Then there was dancing to the Melody B band fronted by a thrilling lady vocalist. A thoroughly good time was had by all. They knew nothing of the asparagus challenge. Nor did nearly everyone else. The Commodore was mystified when the story got out. So who spilled the beans? It’s all a bit of a blur ………………..
Thanks are due to all the members and catering team who worked so hard to make the evening such a success.