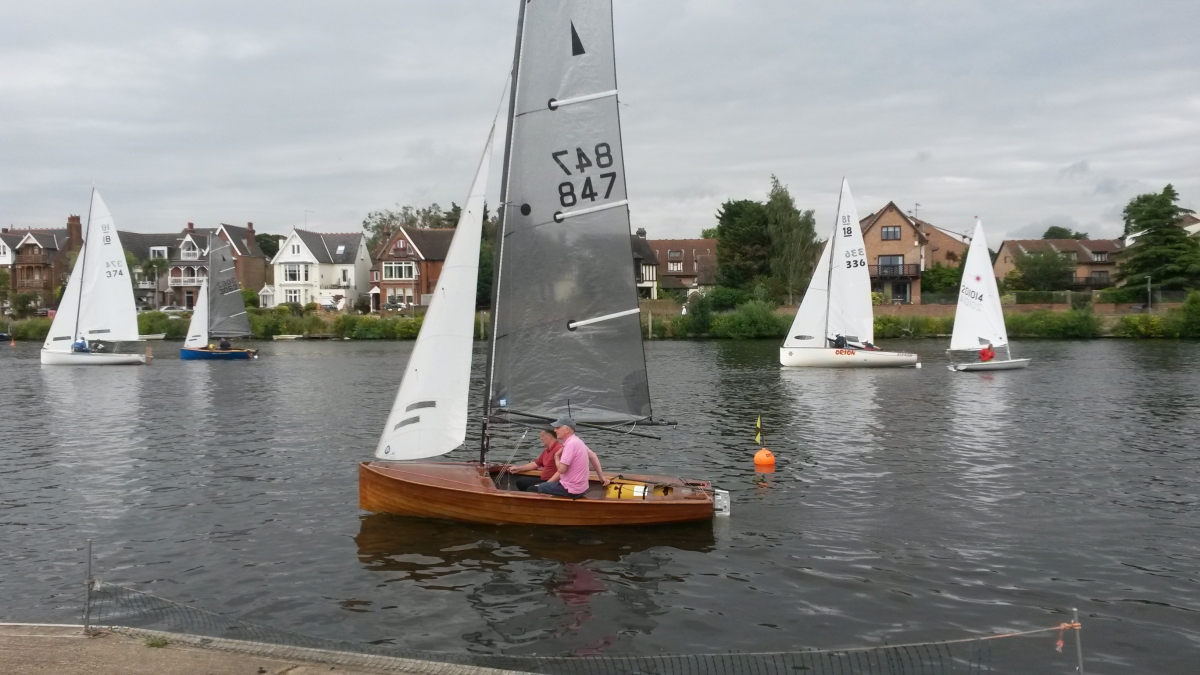 The Trophy is awarded to the first Merlin in the club race which takes place on the Sunday of Merlin Week at Salcombe, which is very popular with Tamesis merlins.

Three boats took part.  To begin with the racing was very close with the Masons and David Baker crewed by Caroline Stilwell in Andromeda were neck and neck. The Masons sailing Bambusa drew away in the third round of five, to win by a minute.

The race had to be postphoned as the wind dropped before the normal start time.  The wind got up during the race, and by the finish, conditions were much better.

Chris Balmbro crewed by his son Will in Bad Company was third.