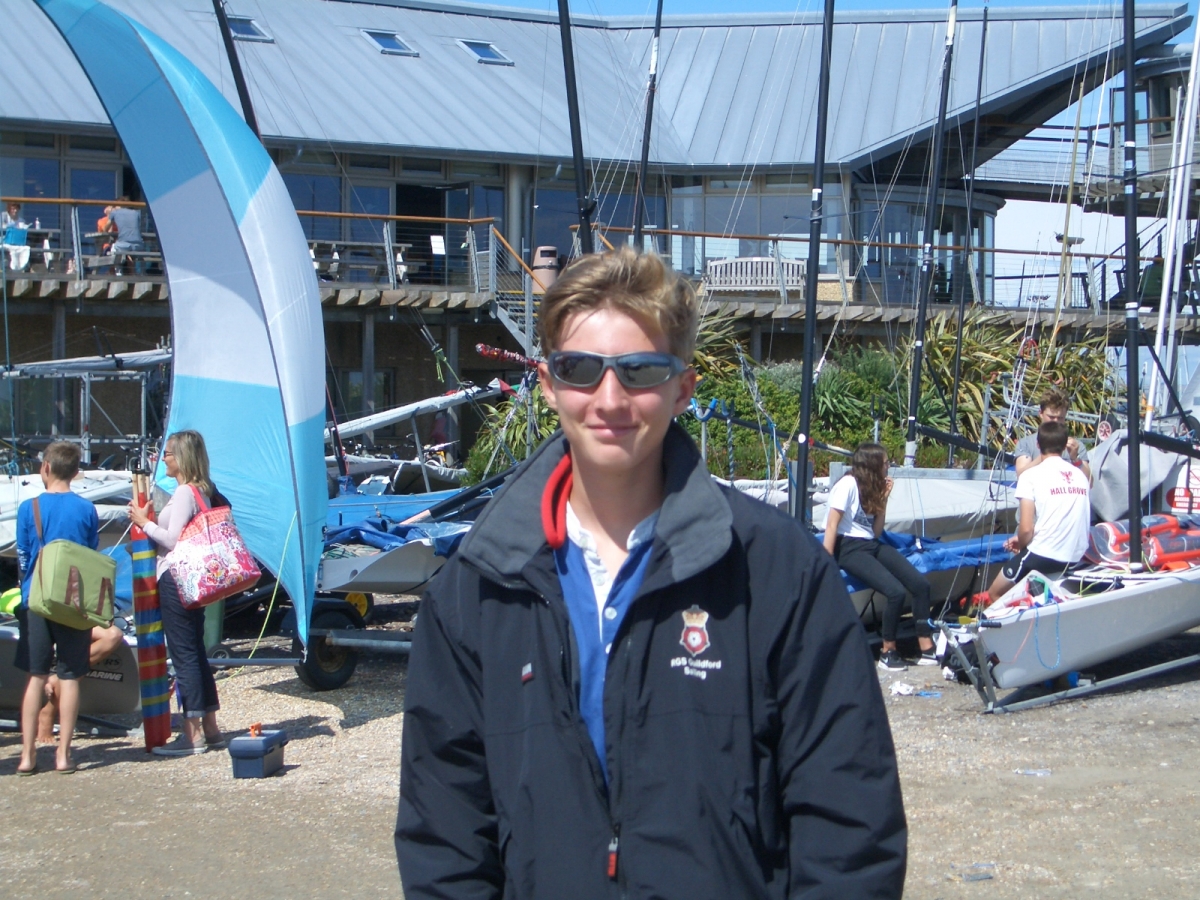 On an early Monday morning (on 17 August) Donald Forbes (my grandpa) and I headed down the A3 towards Hayling Island. On arrival it was clear that finding a berth for the laser was going to be difficult, due to the large array of boats, about 200, being rigged for racing. The first day was forecast to be light wind for Hayling, about 7 knots, but turned out to be more like 10, which was handy for powering through the waves and strong tide in the harbour. An average start and slower first beat put me back in around 15th but a quick couple of reaches won back some places. I stayed in around 11th until the last beat, where a small tidal error dropped me down to 13th.
The second day’s race started in light airs, and a good start followed by a classic Tamesis bank crawl against the tide meant that I was leading at the first mark. I held on to that lead for two thirds of the race until the wind picked up rapidly and my weight, which had been my advantage became my difficulty, and I dropped eight places, seeing me in to 9th on the finish line.
The Wednesday racing promised to be a challenge as the wind was forecast to be 16 knots, which was accurate. After capsizing and being thrown around in the boat like a rag doll, I decided to retire, and sailed back on to the beach.
After missing Thursday, Friday gave sun and a seemingly perfect wind for my size. A good start was fluffed up as I managed to tangle myself up with RS Aeros and their leeward mark, but good reaches and a quick recovery from hitting my own mark brought me back to 8th. A great week was finished off by stunning sun and a glorious race.
Nick Forbes