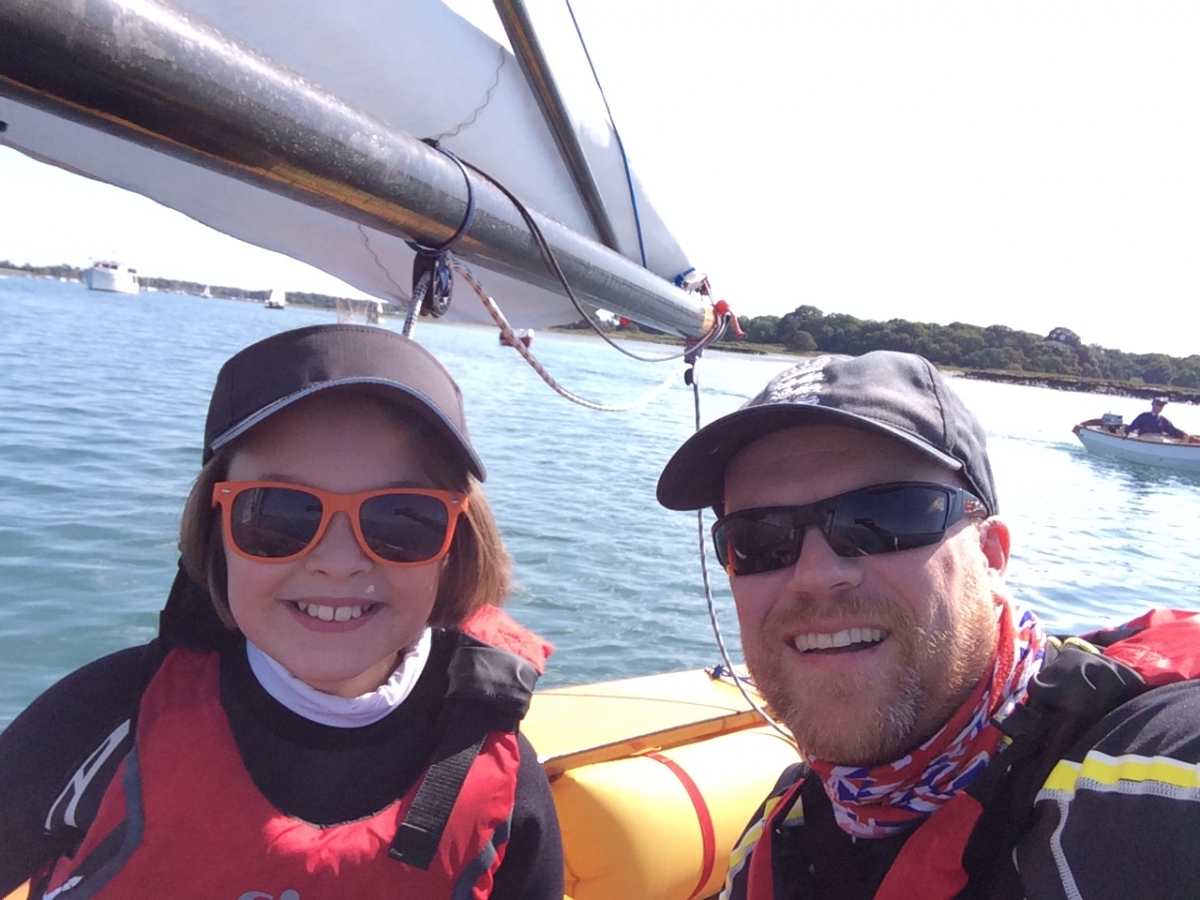 Over the weekend of the 5th & 6th of September Bosham SC held the classic boat revival which is now in its fifth year and open to boats designed before 1965.
Rob’s  daughter Milly missed the first week back for Cadets to sail with him in his Merlin Rocket 1097, Flinkidink, which was was built in 1959.  It was Milly’s first sail on the sea.
On the Saturday they managed to finish 2nd, 7th and 10th in the fast fleet, which had a 23 boat entry and a range of boats from National 18s, Hornets, 12 sqm Sharpies, Fireballs & National 12s along with some other Merlins. Rob says they struggled a bit upwind as the day went on as the breeze increased to around 12-15 knots, making the downwind legs fun.
On Sunday the wind was much lighter in the first race at around 5-6 knots, which was perfect for them as they had to sail a beat against the tide, so ended up doing some short tacking up the shore which was just like being at Tamesis!  This was their best result, as they won the race by over 6 minutes.  In the final race of the day the breeze had increased and they struggled a bit upwind but still managed to finish 6th.
Overall they finished 2nd.  The event was won by a former Tamesis National 18, Tinkerbell, helmed by Richard Stirrup of Bosham SC.  Rob says “It was a great weekends sailing. “

2 thoughts on “Rob and Milly Wilder second overall at Bosham”