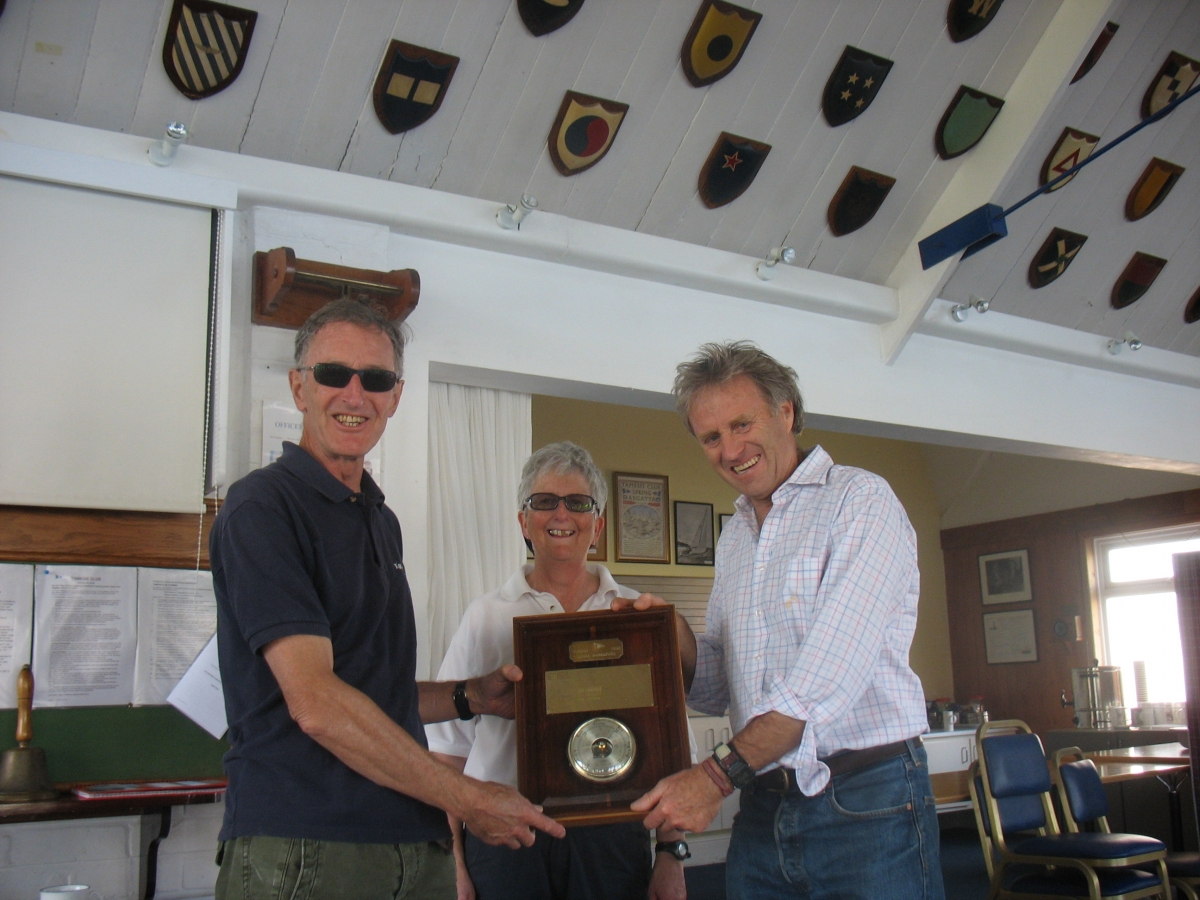 Jon Redding won the Laser Barometer for the second year in succession at Tamesis on Sunday 4 October.  Jon, normally a Merlin sailor, borrowed Rusty Old Bones (203991) from Mike Goldsmith and out-sailed 13 other Lasers in light winds, convincingly winning the first two races and deciding not to sail in the third.  In so doing he missed the best wind of the day.

His main competition came from 16-year-old Nick Forbes in Greylag (188044), who scored two seconds and a first. Nick had the misfortune to miss out the two east-west cross river doglegs while he was leading in the first race and then having to unwind, losing valuable time.

Race Officer Colin Stokes wisely set a short course to allow for the lightness of the southerly wind, with an upstream start to a turning mark opposite the Albany and a downstream mark close to Trowlock Island.  The competitors enjoyed the warm sunshine and made the most of the occasional gusts of wind it brought.

The prizes were presented by Commodore Stewart Colley, who had also taken part in the racing.  Colin Stokes was assisted in the starting box by Fiona Bolwell and the club patol boat was manned by Ken Duffell and Richard Mason.

The fleet approaching the downstream mark

Nick makes the most of a welcome gust of wind