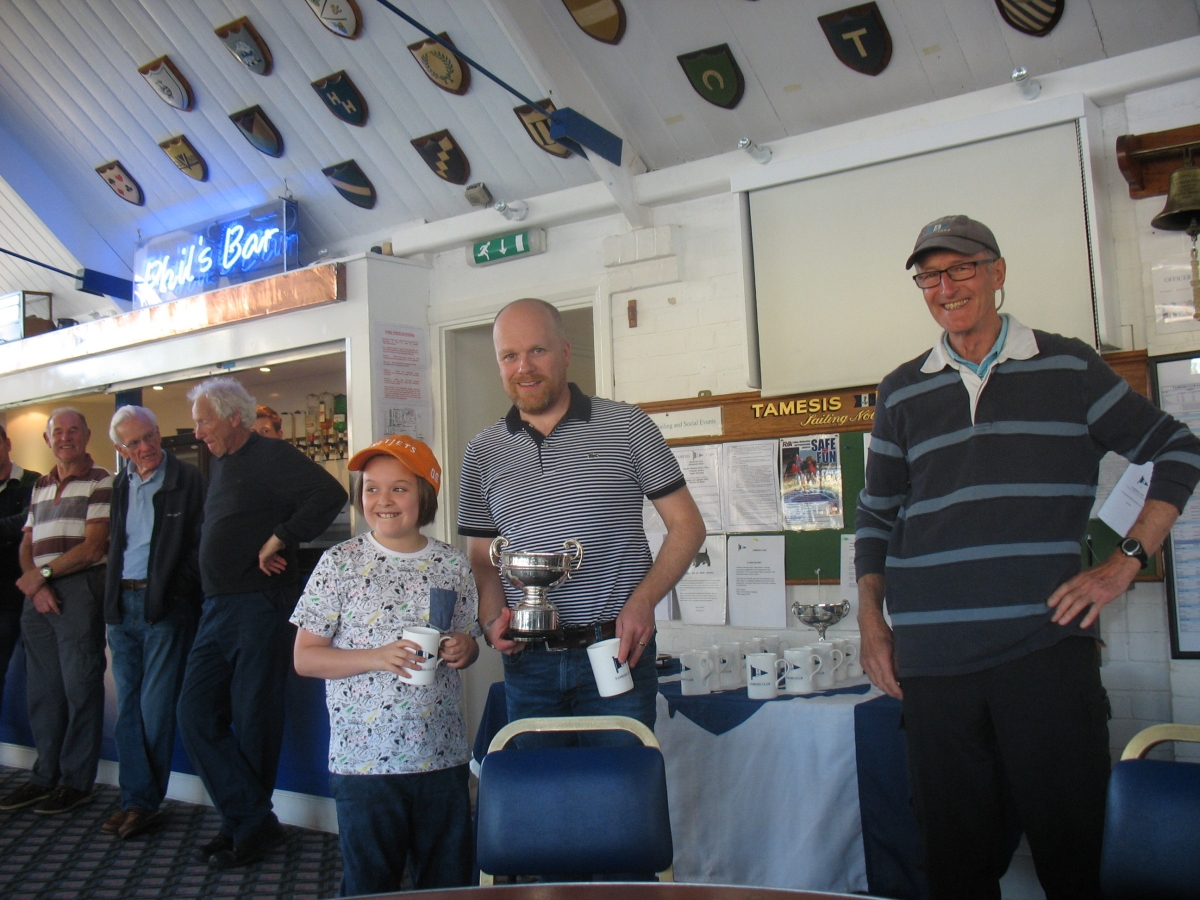 Rob Wilder and his nine-year-old daughter Milly won the Porteous Cup for vintage Merlins at the de May series open meeting at Tamesis on Saturday 10 October. Sailing Flinkidink (1097), they scored clear firsts in the first two races and, with the best two of the three races to count, did not take part in the third.
Eight boats competed in a light easterly wind round a short course between the Albany and Trowlock Island, making the most of occasional gusts identified by welcome flurries on the surface of the river.
Flinkidink’s closest challenge came from Berry Ritchie and Sue Harris in Crescendo (607), who were second in both races and first in the final race after a very close contest with Martin Hunter, from Upper Thames SC, and Margarethar Van Dam in Quiver (774).
After the application of handicaps to allow for the different ages of the boats and their masts and sails, Flinkidink was first, Crescendo second and Nick Crickmore and Richard Holmes of Waveney and Oulton Broad YC third in Nitro (2972).
The Southcott Cup, awarded to the winner of the last race, was won by Berry and Sue.
The prizes were presented on Saturday by Vice Commodore Carolyne Vines. Brian Southcott was Race Officer, assisted by Hugh McLaughlin, Chris Simon was the on-the-water judge, and the patrol boat was operated by Doug Pope.