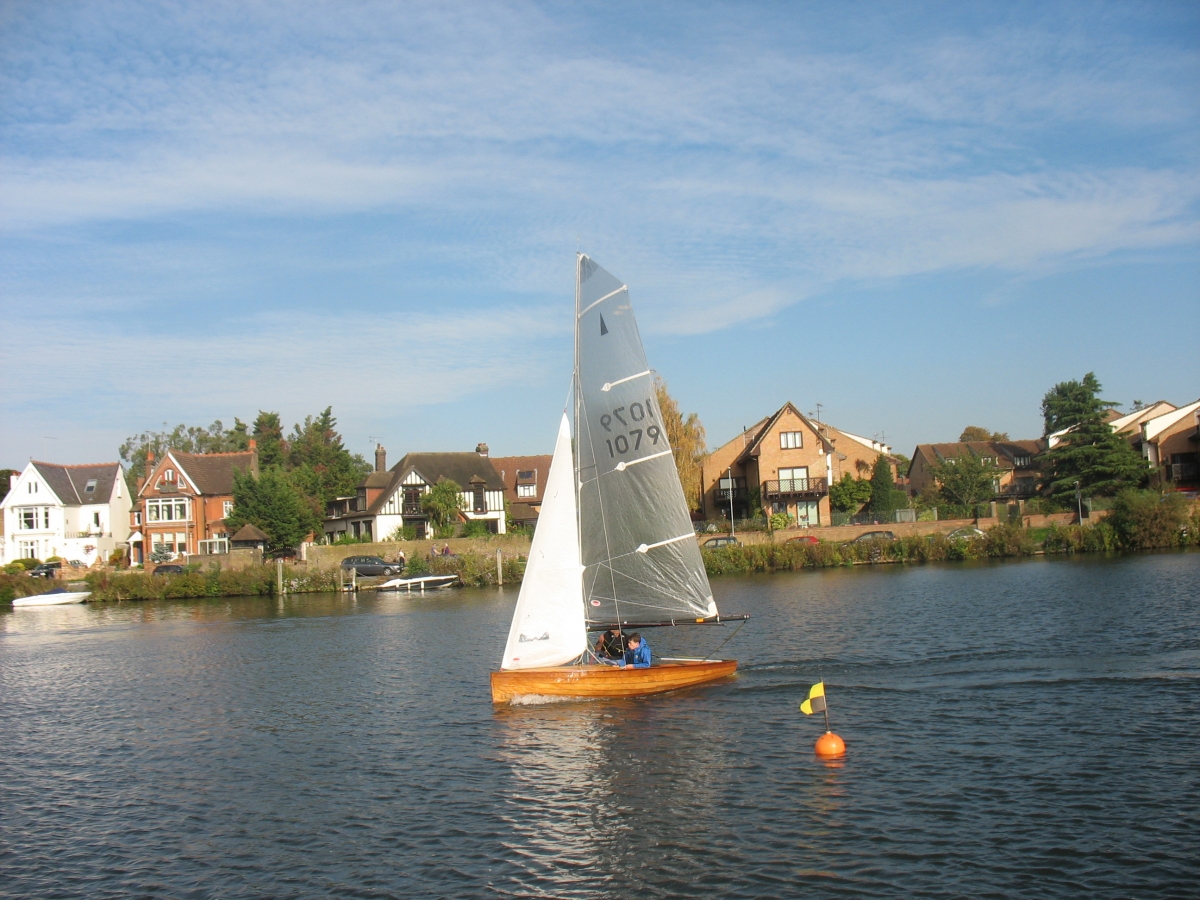 The Sondown Cup and the Elizabeth Bowl (for the first vintage boat) were both won by Martin Hunter of Upper Thames SC in three keenly contested races at Tamesis Club’s Merlin Rocket open meeting on Sunday 11 October.
Sailing Quiver (774), crewed by Margarethar Van Dam, in the Silver Tiller series best two of three race event he beat the other 17 competing boats, winning the first and third races and finishing fifth in the second.
The closest challenge came from Richard and Harry Harris in Passing Cloud (1079), who won the second race and finished second in the first and last races.
Rob Wilder and his nine-year-old daughter Milly, who had won the Porteous Cup for vintage Merlins the previous day, were third, scoring a third, second and third, with Ian Ramage taking Milly’s place as crew in the last race.
A light to moderate cold easterly wind, which backed and veered a bit during the day, provided ideal conditions for competitive racing and Race Officer John Harris sent the fleet off on a beat downstream to a Lensbury Mark near Trowlock Island followed by an upstream reach and run to a Canbury mark well up-river of Steven’s Eyot.
Merlins from other clubs were fourth and fifth overall. Wild Card (3656), sailed by Olly Turner of Salcombe YC and Hamish Kilburn, who had driven up from Exeter, was fourth with three fifths, and Hullabaloo (1692), sailed by Patrick Rayner and Maisie Williams, of Thames SC, was fourth in the second race.
The prizes were presented by Commodore Stewart Colley, with help from Vice Commodore Carolyne Vines.
Thanking Tamesis on behalf of the visitors, Martin Hunter paid a moving tribute to the excellent work done for the Merlin Rocket class by Richard Mourant, the club’s Merlin Class Captain, who died earlier this year. Joe Woods, who crewed for Richard and has succeeded him as Class Captain, donated a keg of beer for participants to have a drink in his memory.
John Harris was assisted in the starting box by Colin Stokes, Chris Simon was the rule 42 on-the-water judge, and Clive Mence and Henry Defries operated the club Patrol boat.