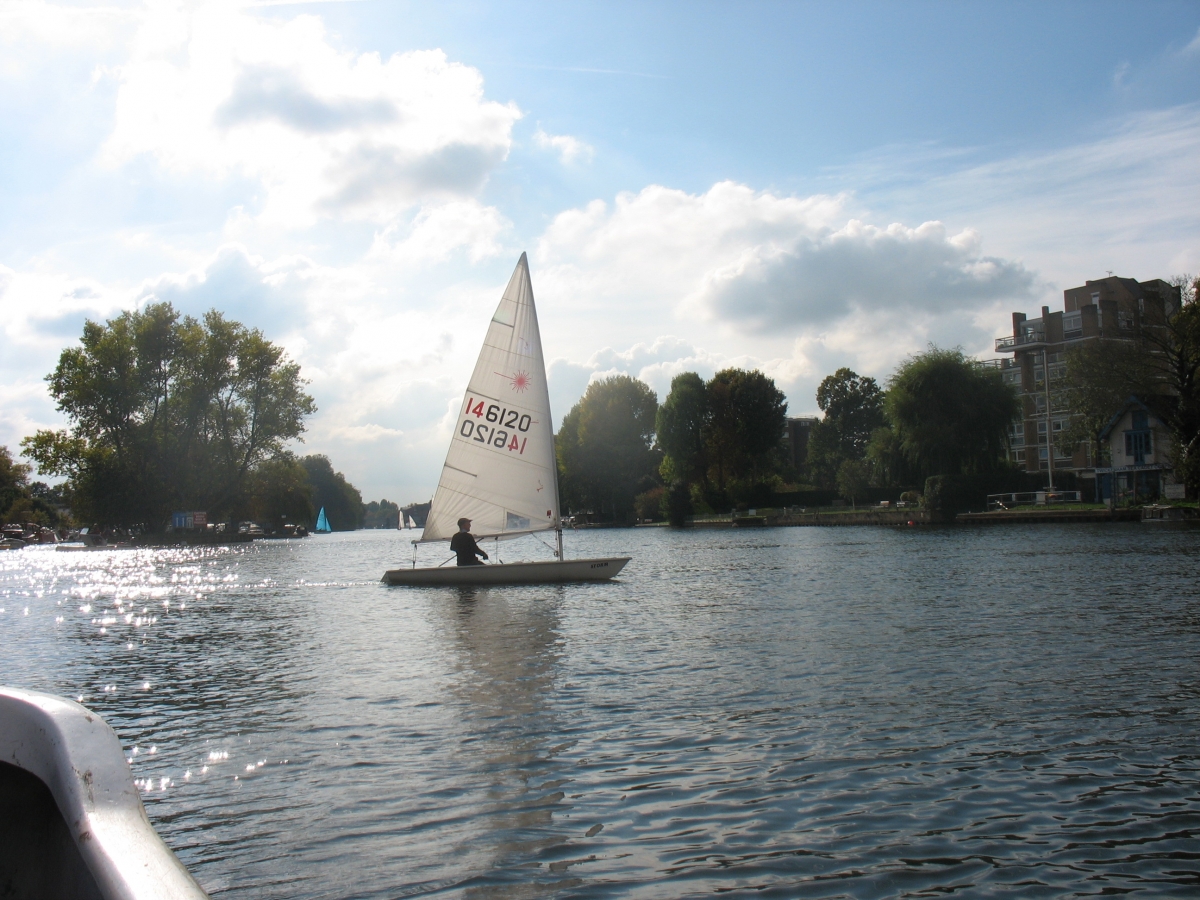 The Trafalgar Trophy inter-class pursuit race on Sunday 18 October was won by Berry Ritchie and Sue Harris in their Merlin Crescendo (607) after a close contest with Peter and Richard Mason, the previous year’s winners, in Bambusa (847).

Third, after leading for almost all the race, was Donald Forbes in his Laser, Storm (146120). He had started at 11.15, almost ten minutes before the Merlins, and skilfully built up what seemed like an unchallengeable lead only to be overtaken in the final minutes as the race was finished on the water at 12.45 from the Club launch by Race Officer Jon Redding.

A long course, set to make the most of the light to moderate north easterly wind, took the competitors down river to a Lensbury buoy set near the southern end of Trowlock Island, shortly followed by an east-west dogleg near the Tamesis Clubhouse, and a long reach and run past Steven’s Eyot to a Canbury buoy near Hampton Wick Bridge. The 11 competitors struggled to hold their places in the challenging conditions and were widely spread round the course by the finish.

The race is held on the nearest Sunday to the anniversary of the Battle of Trafalgar.