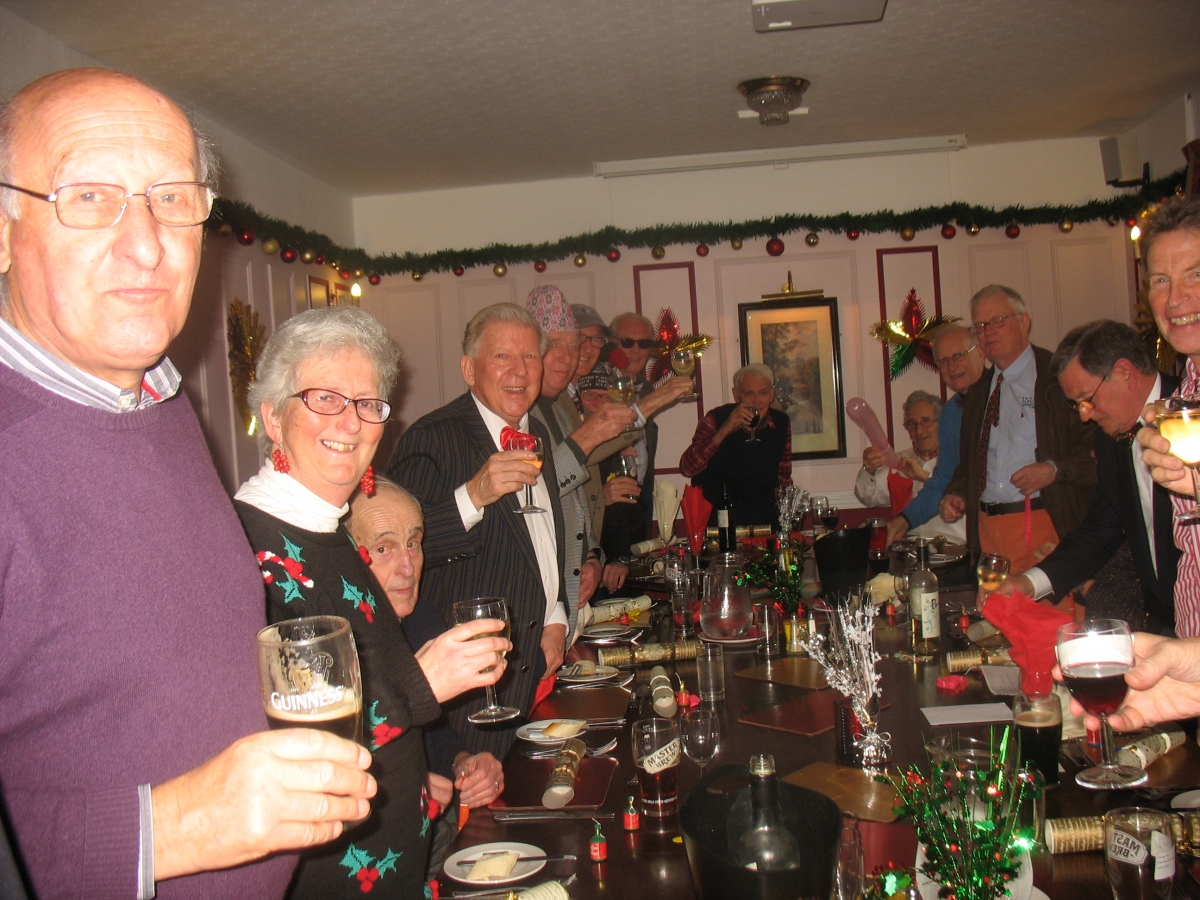 The 21 members of the Tamesis Wednesday Morning Working Party who attended the annual Xmas Lunch at the Adelaide were asked by Jim Green, organiser of the event, to wear brightly coloured ties and other clothing in memory of “absent friends” – old members who have passed away. There were ties aplenty and two had what can only be described as funny hats.

Alan Green, Rear Commodore Sailing, sported a cross between a pixey hood and a hen house. Mervyn Allen had a tea cosy on his head. The pictures below tell the true story.

Everything proceeded on conventional lines until it came to the telling of stories. Alan called on piracy to tell what he claimed was the “true?” story of Captain Hook.

Former Bosun Peter Simpson had everyone in stitches when he recounted the visit of a forgetful old lady to a supermarket for an unavailable vegetable and the comments of a helpful assistant who was asked four times to show her where it was. Frustration is the wrong word for what he said.

Nicky Chavasse recited one of her fabulous poems dedicated to the work done by members of the group.  “Ode to the grease trap boys” was followed by some recent updates that had us all in stitches – again!