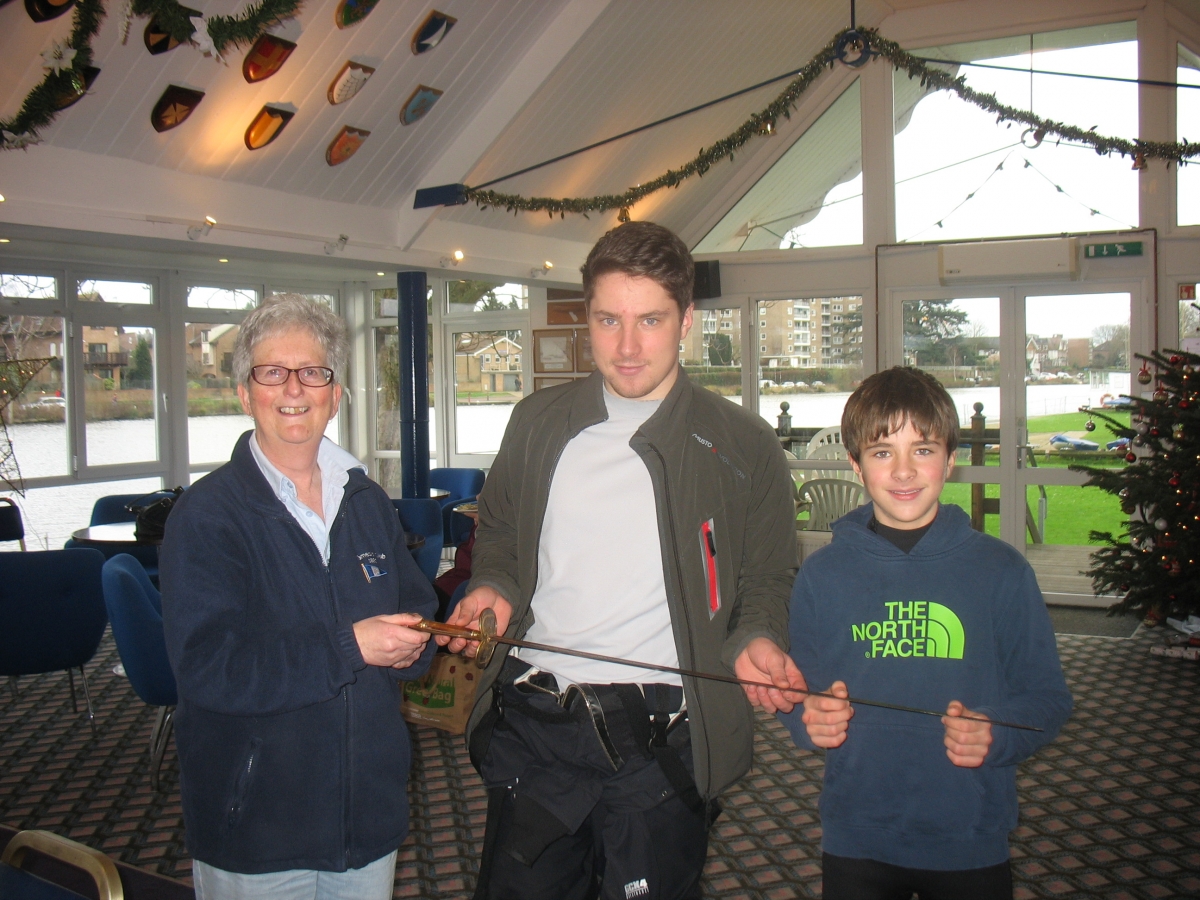 Tamesis members must have feasted really well on Christmas Day because only three boats turned out for the Boxing Day races on Saturday  26 December.  As luck had it, there was only one Merlin, one Laser and one National 18, so every boat was a winner.  Commodore Stewart Colley won the cheers of the spectators by capsizing as well as winning in his Laser, Grey Dove (171688), to claim the renowned Laser Pot, a white chamber pot with a bronze bottom.

The winning Merlin, Make it So (3556), was sailed by Jodok Gerber, crewed by his brother Constantin.  They were presented with Susan’s Sword.

Doug Pope, crewed by Angela Caldara, in the National 18, One Over the Eight (349) won his class but did not receive a trophy because it could not be found.  Perhaps the class should arrange a New Year treasure hunt!

Race Officer John Meredith set a modest course to make the most of the gusty SW wind.  He was assisted by his wife Jean and the Safety Boats were operated by Clive Mence and Peter Versey.

The prizes were presented by Vice  Commodore Carolyne Vines.