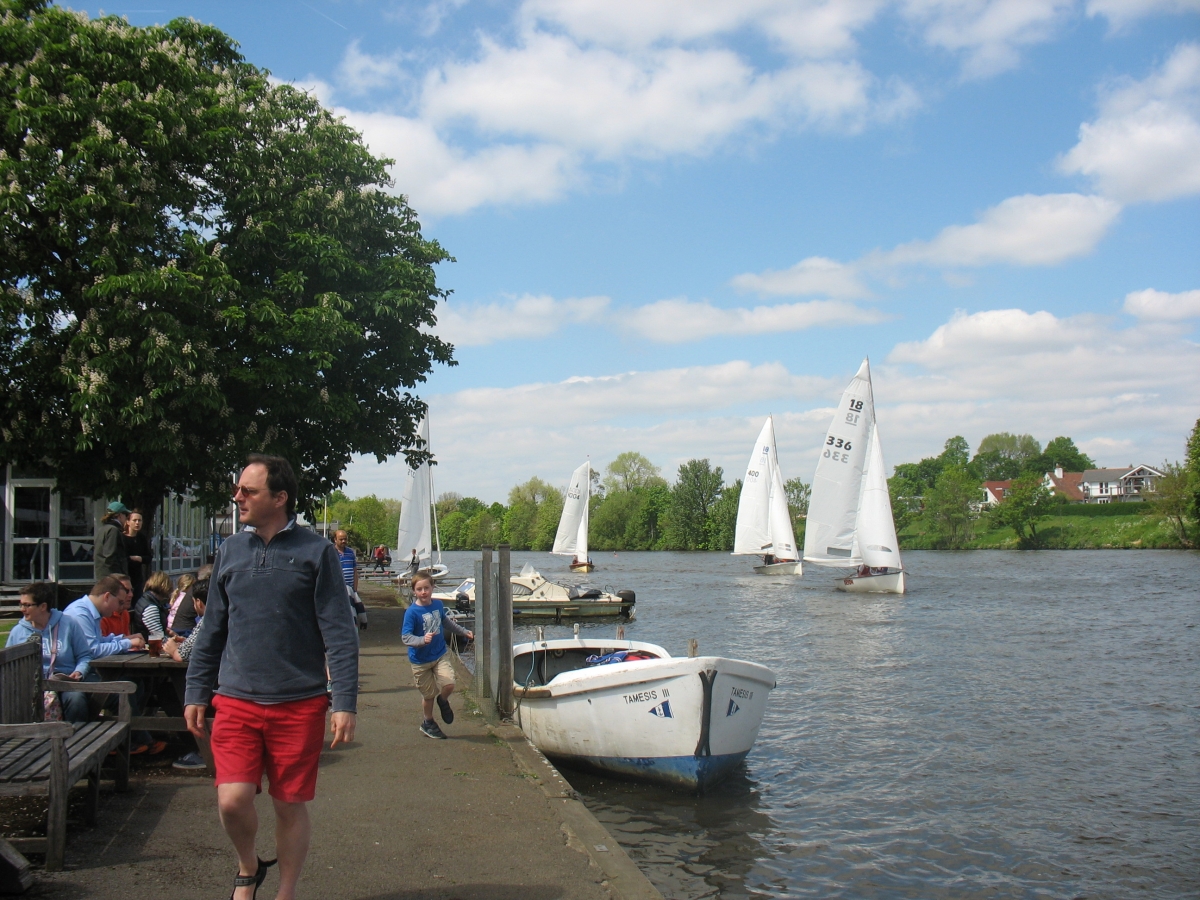 Tamesis Club was a hive of activity for Push the Boat Out day on Saturday 14 May with 78 people signing in to have a go at sailing. They included both adults and children, some of whom had sailed before and enjoyed the experience. All were required to wear lifejackets, a supply of which was provided by the club, and they were taken out on the river by a team of experienced helmsmen supported by others in safety patrol boats in case of a capsize. The boats used included a Wayfarer, three National 18s, two Merlins, a Firefly, two Lasers and a Topper.

Many visitors enjoyed the opportunity to have lunch at the chairs and tables on the club lawn and others chose to eat inside the Clubhouse or on the veranda, which was decorated by club flags and bunting.

A barbecue lunch was provided, with Club Bosun Paul Jamieson and Phil Abbey taking the heat, supported by Jo Carstens and the catering staff in the kitchen. Sara Jamieson and Nicky Chavasse managed the food service counter. Cakes were made by members of the House Committee.