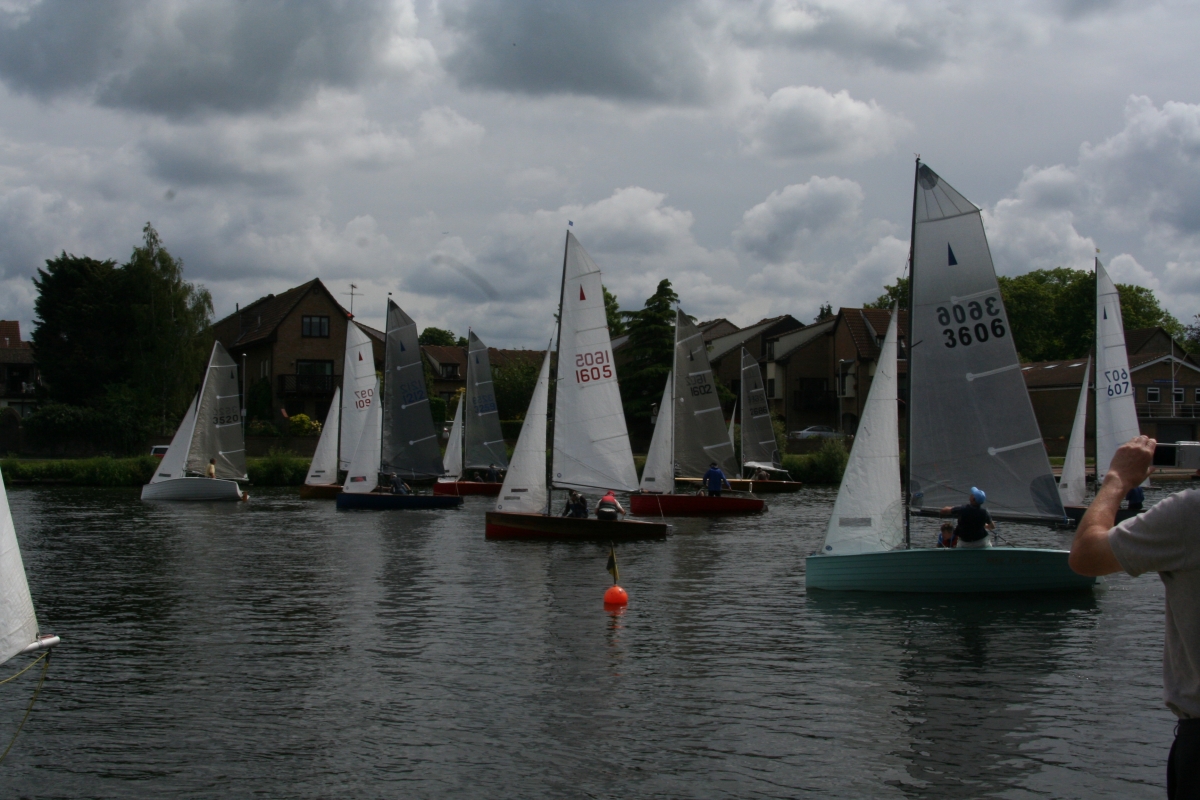 Seventeen boats took part in the Spring Regatta at Tamesis on Sunday 22 May but, disappointingly, only nine competed in all three races. Of the 10 Merlins which entered, four did not sail in the second race and five did not compete in the third. One of the five Lasers withdrew after the first race. Both National 18s sailed in all three races.

With all three races to count, those boats which did not compete in the last two races lost any hope of winning a trophy. Rupert Fletcher won the Merlins in Omega (1605) with only a fifth and two thirds because Jon Redding, who won the first two races in Pikey did not sail in the third. Ken Duffell was second in Take it Easy (3606) with an eighth, fourth and second.

In the Lasers, Donald Forbes scored two firsts and a second in Storm (146120). Peter Johnson won the third race in Zhik (180963) and was second overall with a fourth, second and first.

The first two races were held in warm sunshine and a light south westerly wind which had welcome but short lasting gusts every now and again. Officer of the Day Brian Southcott set a double dogleg course with the upstream mark just north of Steven’s Eyot and the downstream mark about a third of the way down Trowlock Island. He was assisted by Cherry Erlich and the patrol safety boats were operated by Ken Thatcher and Joanna Rand.

Many spectators enjoyed watching the racing from the Clubhouse, the veranda, and the seats in front of the lawn.

The regatta was organised by Tamesis Commodore Carolyne Vines, who also presented the prizes.