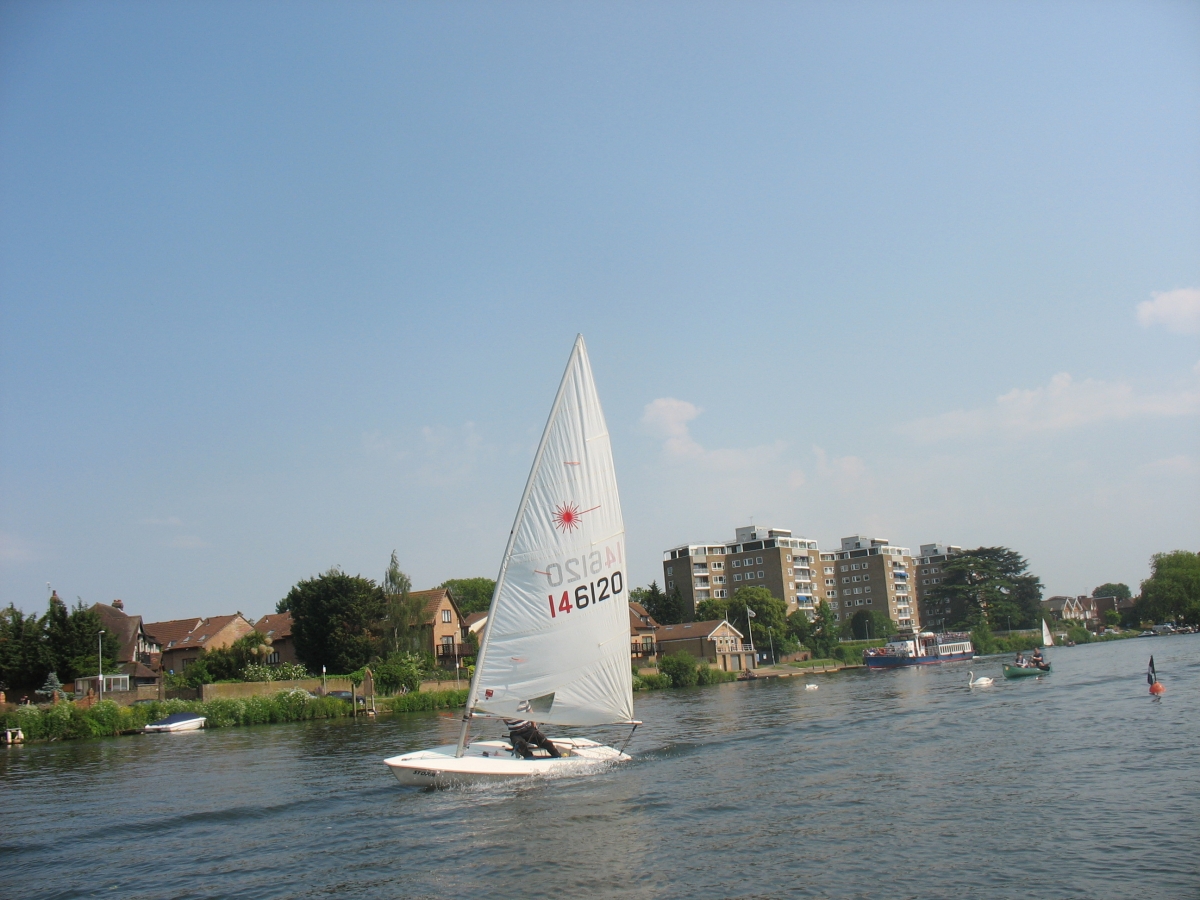 Donald Forbes won the Centenary Cup with two barely challenged firsts in a fleet of 26 boats at Tamesis on Sunday 5 June. Sailing Storm, Laser 146120, Donald, the Laser Class Captain, swept ahead of the rest of the fleet to finish the second race with a lead of more than five minutes.

His closest challenge in this annual two race inter-class pursuit came from Andrew Harris in Passing Cloud, Merlin Rocket 1079, which was second in the morning and fourth in the afternoon.

Race Officer Ian Burnett set a lengthy figure of eight course that took the fleet downstream to a Lensbury mark near Trowlock Island, back up to a dogleg opposite the Tamesis Clubhouse, and then upriver past Steven’s Eyot to a Canbury Mark not far from Hampton Wick Bridge. The light north easterly wind gave a downstream beat and a tricky upstream run on which some Merlins were able to gain extra speed flying their spinnakers. Both sailors and spectators enjoyed the warm sunshine.

Ian Burnett, who was assisted by Angela Caldara, had to cope with an electricity failure in the starting box and did an excellent job starting the races with a hand-bell and a loud hailer. The electricity failure also affected the club kitchens and the kitchen staff made some splendid sandwiches in lieu of the cooked lunch that had been planned.

The patrol boat was manned by Charlie Morgan and Phil Abbey.