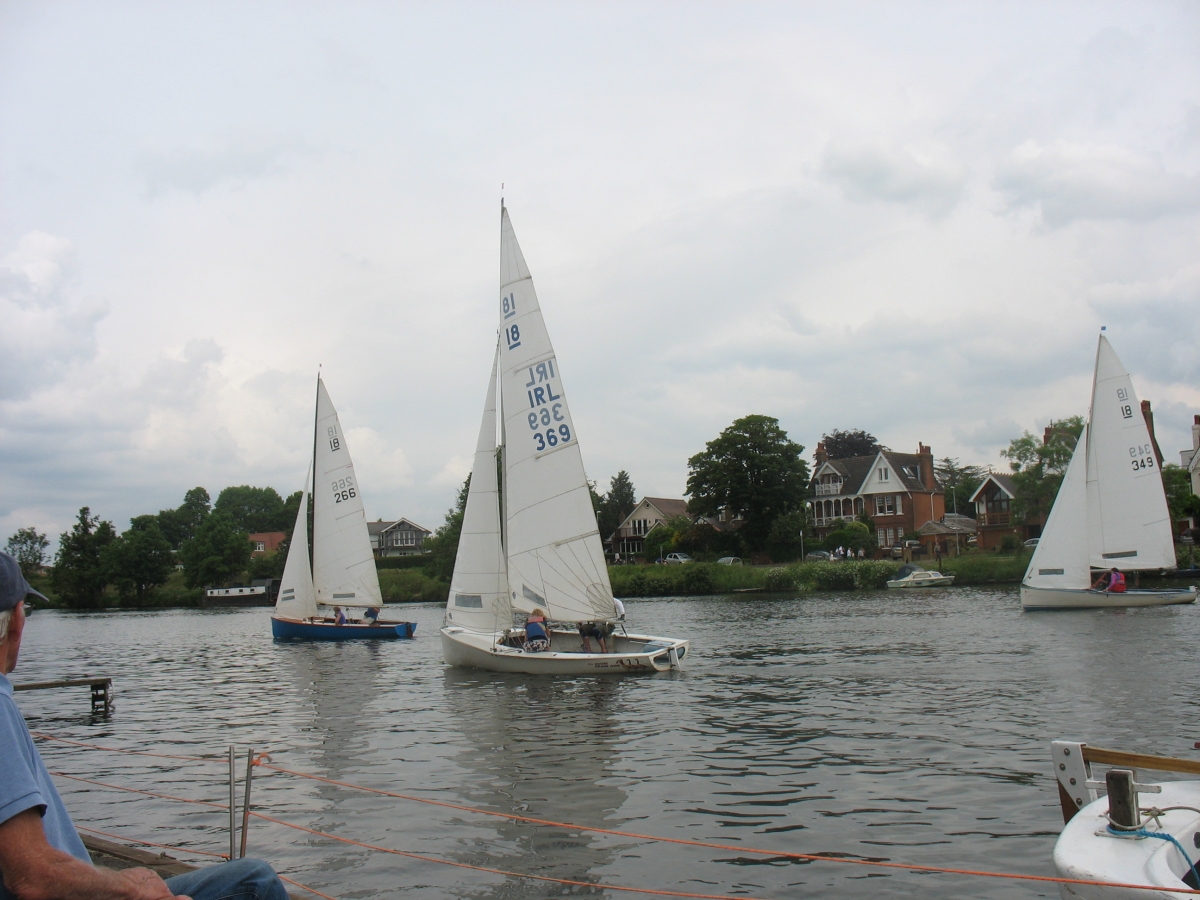 Saturday 11th June was the day of the 184th Queen Adelaide Cup and the 80th Tamesis Anchor.

Congratulations to Barney Smith and G Butler, sailing The Goose Drank Wine (369), who won both the Queen Adelaide Cup (handicap) and Tamesis Anchor (on the water) in a six boat fleet.

Third position goes to Doug Pope sailing 1 over the 8 (349), crewed by Angela Caldara.

Conditions for the first two races were tough – force 1 westerly (ish!) winds – especially for us less experienced sailors but those in the know made good use of the difficult conditions and there was a good amount of position changing. By the third race the wind had picked up adding a little more excitement. There were even reports of some swimming taking place apparently due to the dull conversation offered up by the helm!

A big thank you for all those involved on the day: Jo for feeding and watering us, David and his team for arranging the course, spectators, all the helms and crew, and to Angela and Chris for calculating the results.