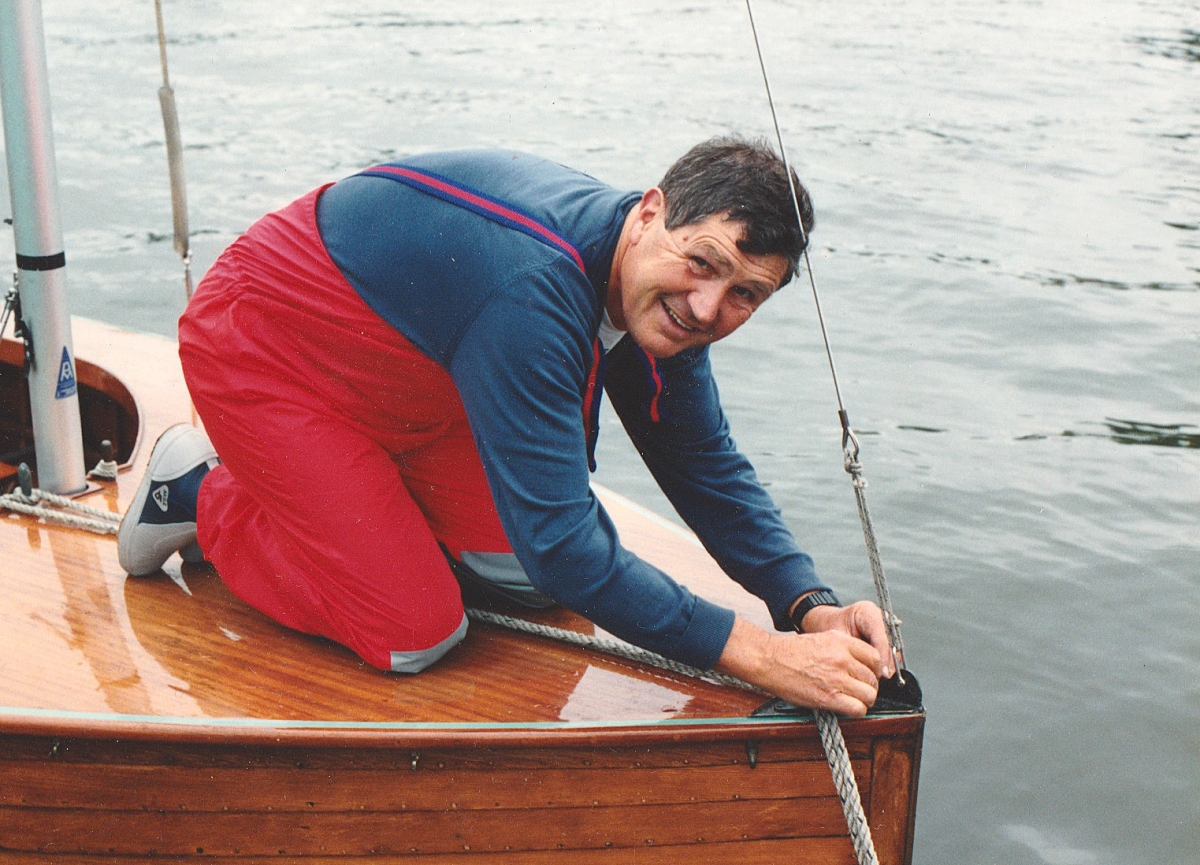 Members of Tamesis were very sad to learn of the death on Monday 13 June of Vivian Burchill, a Tamesis member for many years. He was 90. Vice Commodore in 1988-89, Rear Commodore in 1986-87 and Club Secretary from 1992 1995, Viv, as he was known to his friends, sailed a National 18 called Tinkerbell, and before that an Enterprise.

Vivian “Viv” Burchill, beloved husband of Cathie and much loved father of Gillian, Chris and Carrie, passed away peacefully on 13th June at Deer Park View Care Centre.
He had been cared for in the Princess Alice Hospice in Esher for the previous few weeks. Both Viv and his wife Cathie were keen members of the Tamesis Bridge Group, for which Viv organised many charity raffles. A keen photographer, Viv was very helpful in taking pictures for the Tamesis website in its early days, both of sailing and social events like the annual visit to Glyndebourne

He spent his early years in Liverpool, where his family owned the Liverpool Post newspaper, and after moving to London lived with his wife Cathie in both Hampton and Twickenham.

More than 100 friends attended the funeral service at the Holy Trinity Church on Twickenham Green on Wednesday 13 July followed by a reception at Tamesis Club.  The family requested that donations in memory of Vivian should be made to the Princess Alice Hospice, Esher.

1 thought on “Death of Vivian Burchill”