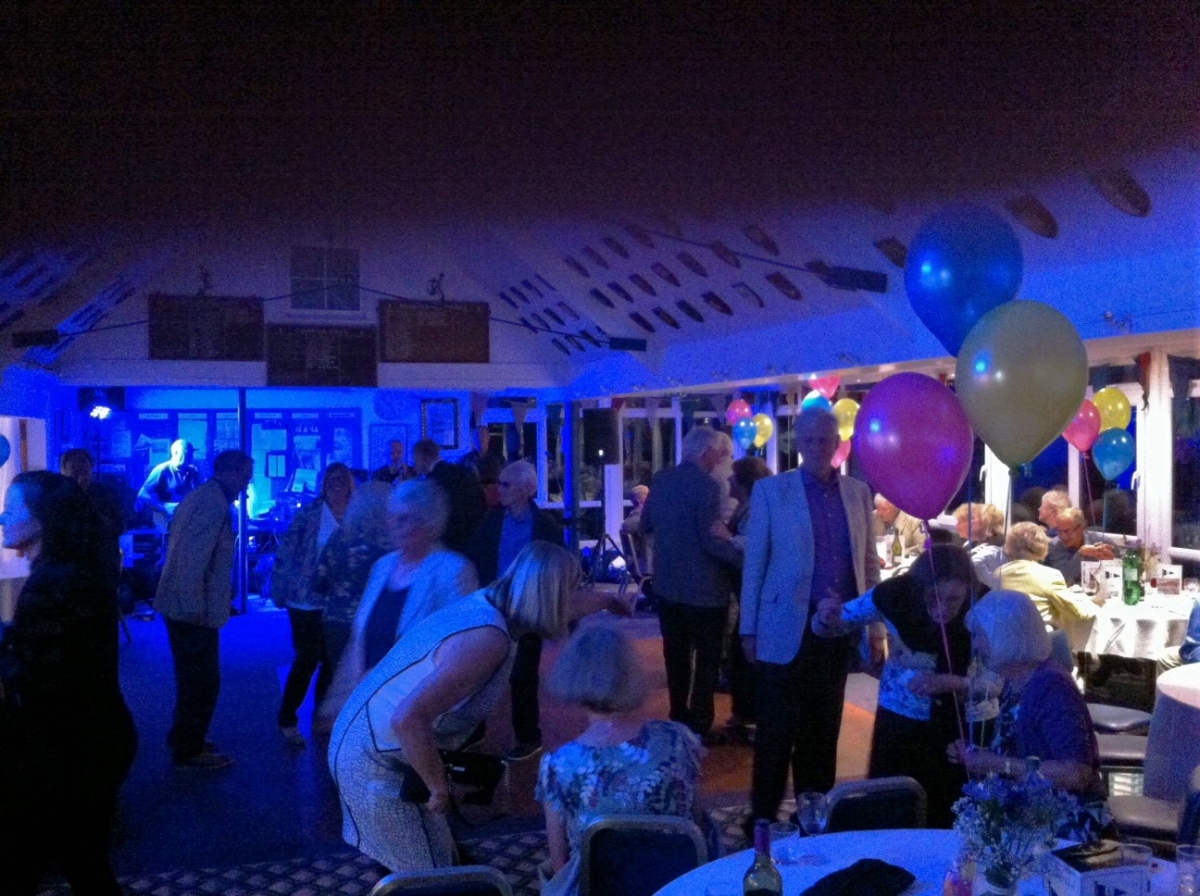 The Tamesis summer party on Saturday 16 June was a festival of rock and roll with Merlins, Lasers and National 18s competing with each other on the dance floor to see who could breach Rule 42 (which bans pumping and rocking) without a protest. The winners, judged by the loudness of the applause from the spectators on the bank of the dance floor, were Club Bosun and Dutyman, Paul Jamieson and his wife Sara.

The scene was set by the Hampton Wick Band which activated the dancers with a succession of music from The Who and other pop groups.

The careful sailors took it more gently, fearing a capsize.

Earlier in the evening the 60 members and guests enjoyed a buffet supper cooked and prepared by Anne Bayne, Barbara Adams and Sue Harris with final touches done by Jo Carstens, Theo and Josephine. Other helpers with the meal and decorations included Sara and Paul Jamieson, Marcus and Nicky Chavasse,  Peter Johnson, David and Deb Baker Steve Katz and Carolyn Reeves.  Chris Pollard produced the menus. David Baker organised all the drinks.  They were thanked by the Officer of the Day, Commodore Carolyne Vines, who demonstrated she is no mean bopper herself!

1 thought on “Summer Party a festival of rock and roll”