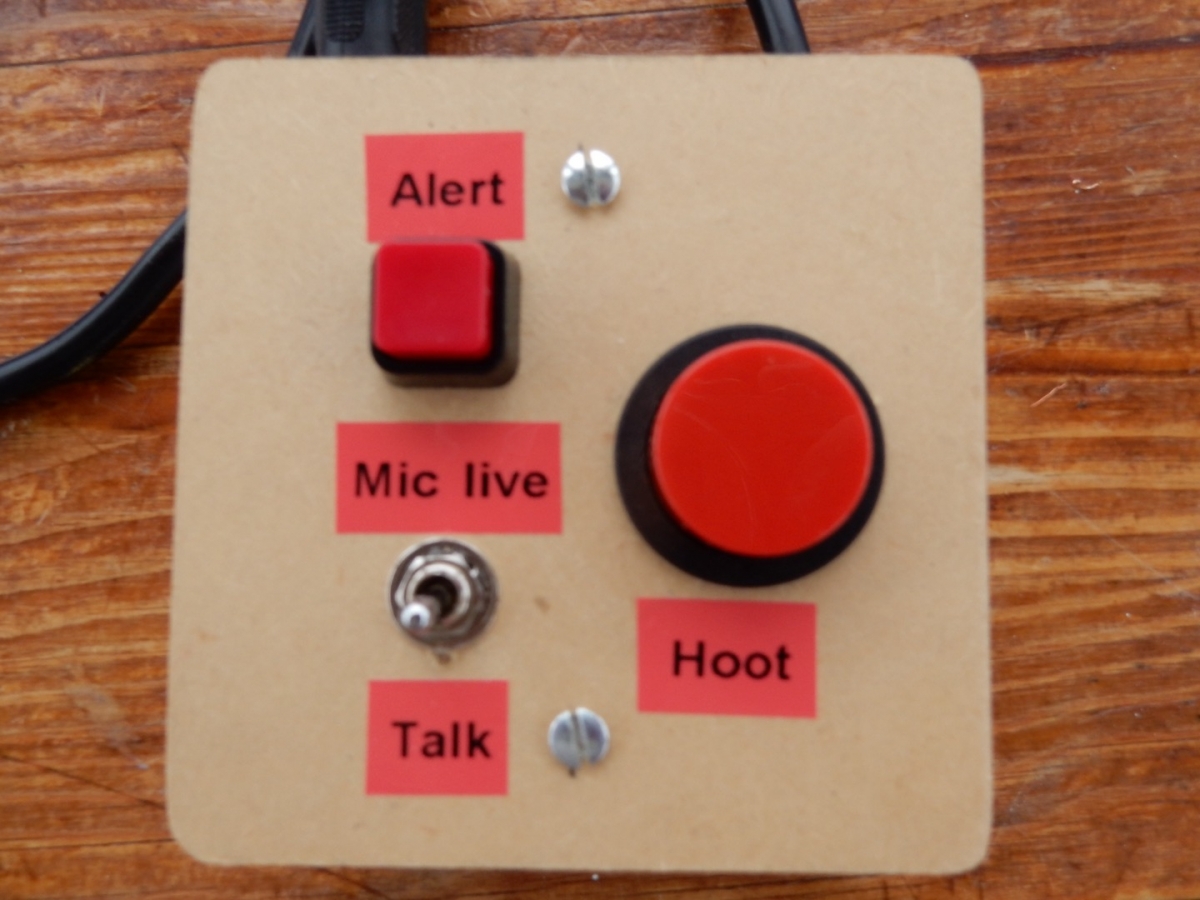 Chris Pollard, Paul Jamieson & Peter Johnson had this brilliant idea to
upgrade the Smithy race control hooter and add voice to it. The old Claxton
wiring is a bit dodgy – we think it dates back pre-1970 and there is 240V on
the roof in a wooden box that is rotting.
Robin Lince devised a solution which he calls ‘Moths’ and with a lot of help
from Peter and considerable head scratching it is now installed. The old
hooter system will be kept in service until everyone has had a play with the
new system and any teething trouble ironed out.
So what is ‘Moths’? we hear you say. The 60W amplifier that has a microphone
input for speech and drives the two horns on the Smithy roof also has an
audio tone generator that does the race start hoot and an alert toot. The
purpose of the alert is to attract the attention of the patrol boats. The
hooter (actually called Fog) is to control races. But the internal wiring of
the amp is typical of modern day design with tiny wires and all sorts of
tiny components. An electrical interface to remote control the hooter
function would be quite difficult to engineer, so a mechanical interface has
been deployed. Moths is short for Mechanically Operated Toot, Hoot and
Speech. Groan now…
A simple guide to operating this system will be available in the Smithy race
box (where the clock etc. is kept).

2 thoughts on “Moths in the Smithy”