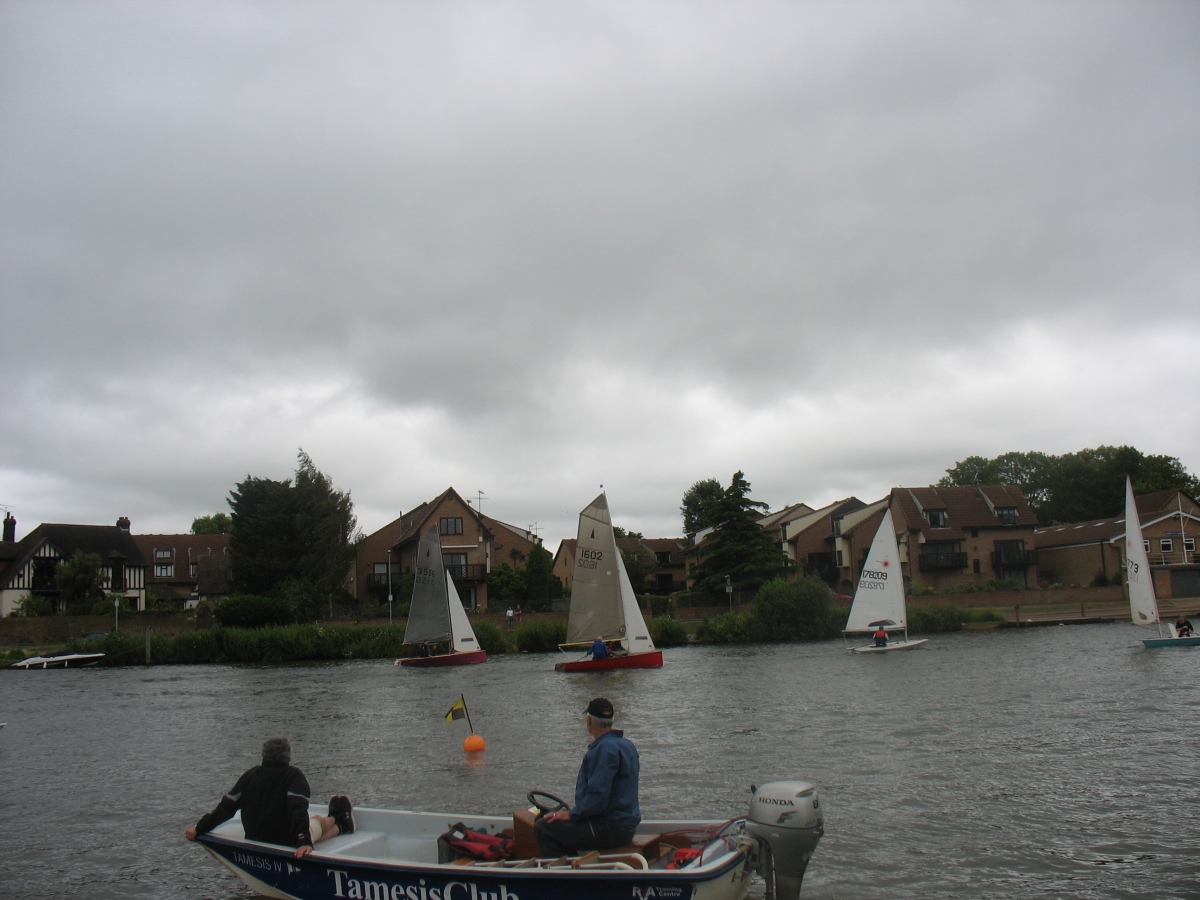 John Adams, crewed by Falcon Compton , won the Restless Trophy at Tamesis on Sunday 10 July in Salterello, Merlin 1602.  Sailed for on the first Sunday of Salcombe Merlin Week, the race attracted a four boat entry which enjoyed a keen contest in a fresh gusty westerly wind.  Vice Commodore Alan Green, who was Race Officer, set a modest course with and east-west dogleg opposite the clubhouse, and shortened the course after seven rounds.