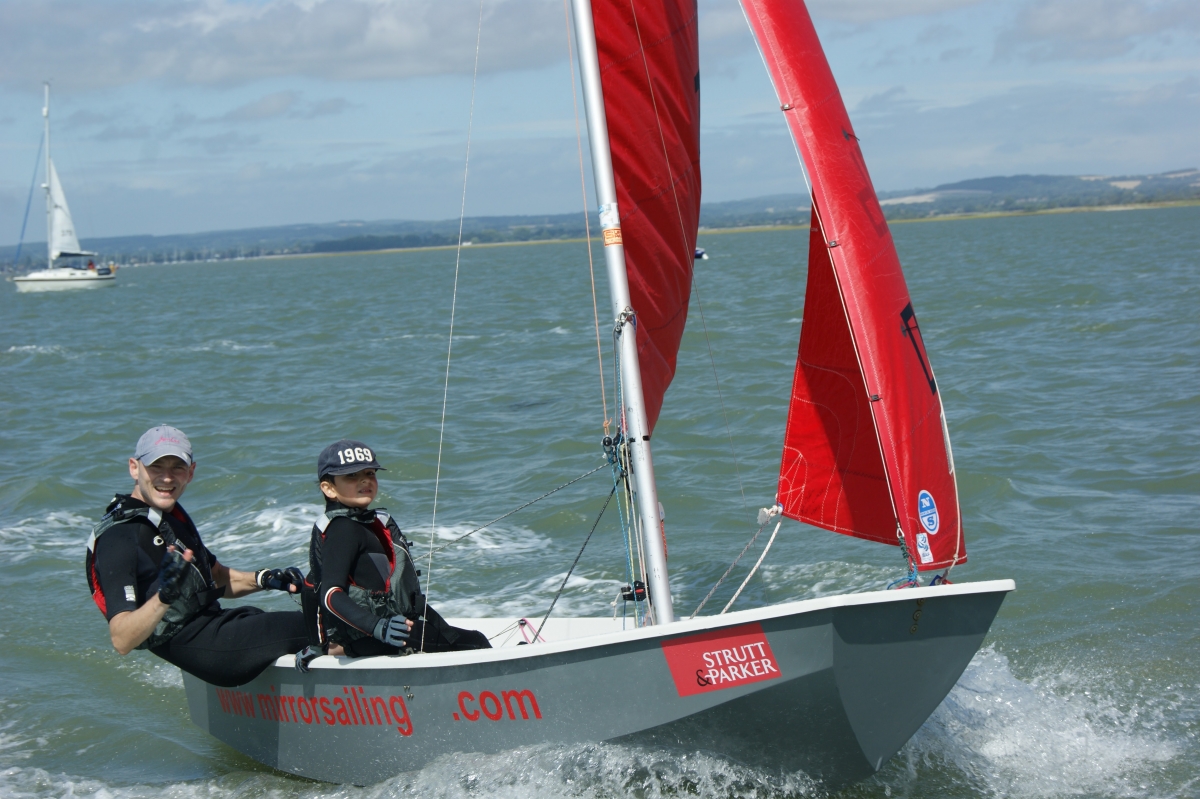 Chris Balding and his son Alex were tenth overall in a 56 strong fleet at the Mirror Nationals at Itchenor from 21 to 25 August.  Sailing Don’t Know Yet (7079), they finished third in the penultimate race.

The following is the report by Chris:

Alex Balding crewing for his Dad, Chris Balding sneaked into the top 10 at the Mirror Nationals in Itchenor in a fleet of 55 boats. Competition was hot at the front of the fleet with a number of ex-Mirror sailors returning to the class with offspring shoved in the front! One Dad stepped off the Victorious flight from Rio to join in the action.

To be Super-Crew Alex was the youngest to complete every race. He was determined to win but completing every race meant up to 5.5 hours a day in Chichester harbour, getting very cold on one day, very hot on another and needing a wee every day!

Alex and his Dad will be training for the Nationals and World’s in Cornwall next year in their new Bermudan rig Mirror (Dad is still getting used to this!).

1 thought on “Chris and Alex Balding tenth at Mirror Nationals”