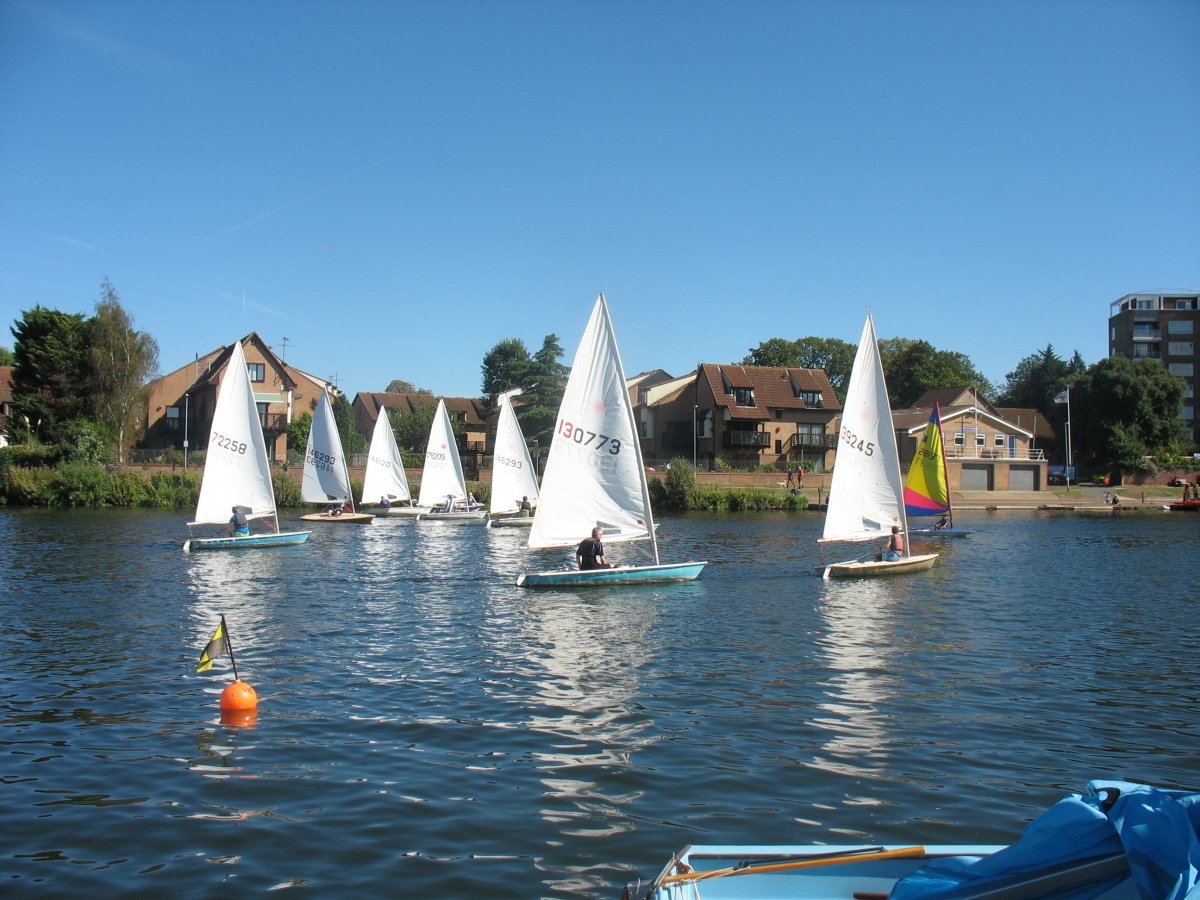 The crews of the 33 boats which sailed in the Tamesis Autumn Regatta on Sunday 11 September could be excused for thinking the weather was making a determined bid to have it renamed the Long Hot Summer Regatta.  Warm sunshine, temperatures in the mid-20s and a gentle southerly breeze and later westerly wind combined to make the racing as challenging as it was enjoyable.

A fleet of 13 Lasers made the running with Jon Redding, normally a Merlin helmsman, sweeping ahead of all the others with three firsts in (188044) borrowed from Nick Forbes.  Second, in Laser (130773) was Chris Taggart counting a fifth, sixth and third.  Constantin Gerber was third in Buzz (39245) with a tenth, fourth and second.

Only one of the five Merlins sailed the required three races.  Rob Wilder crewed by his daughter Milly in Flinkidink (1097) had three firsts.  Berry Ritchie and Sue Harris were second in the first race in Crescendo (607).

The race between three National 18s was won after the application of handicaps by Vice Commodore Alan Green crewed by Peter Konidaris in Orion (336), scoring a third and two firsts.  Chris Pollard and Jim Green were second in Antedote (348) with a first, third and second.

The Handicap class was won by Alex and David Cane, of Minima, in the Enterprise Alanah (E21439).  There was a six boat turnout of enthusiastic youngsters in Toppers.  The winner was Edward Mayley, from Minima, in Jester (20320), with three firsts.

Commodore Carolyne Vines, the OOD, set a modest course, with an east-west dogleg opposite the Clubhouse.  She was assisted by Angela Caldara, Susan Green, Caroline Stilwell and James Berry.  Chris Starr manned the patrol boat and the Club launch was operated by Daniel Gerber and Florian Krueger

The regatta was organised by Chris Pollard, Rear Commodore Sailing, who also presented the prizes.  Lunch was prepared and served by Jo Carstens with help from Lauren, Josaphine and Theo in the bar.