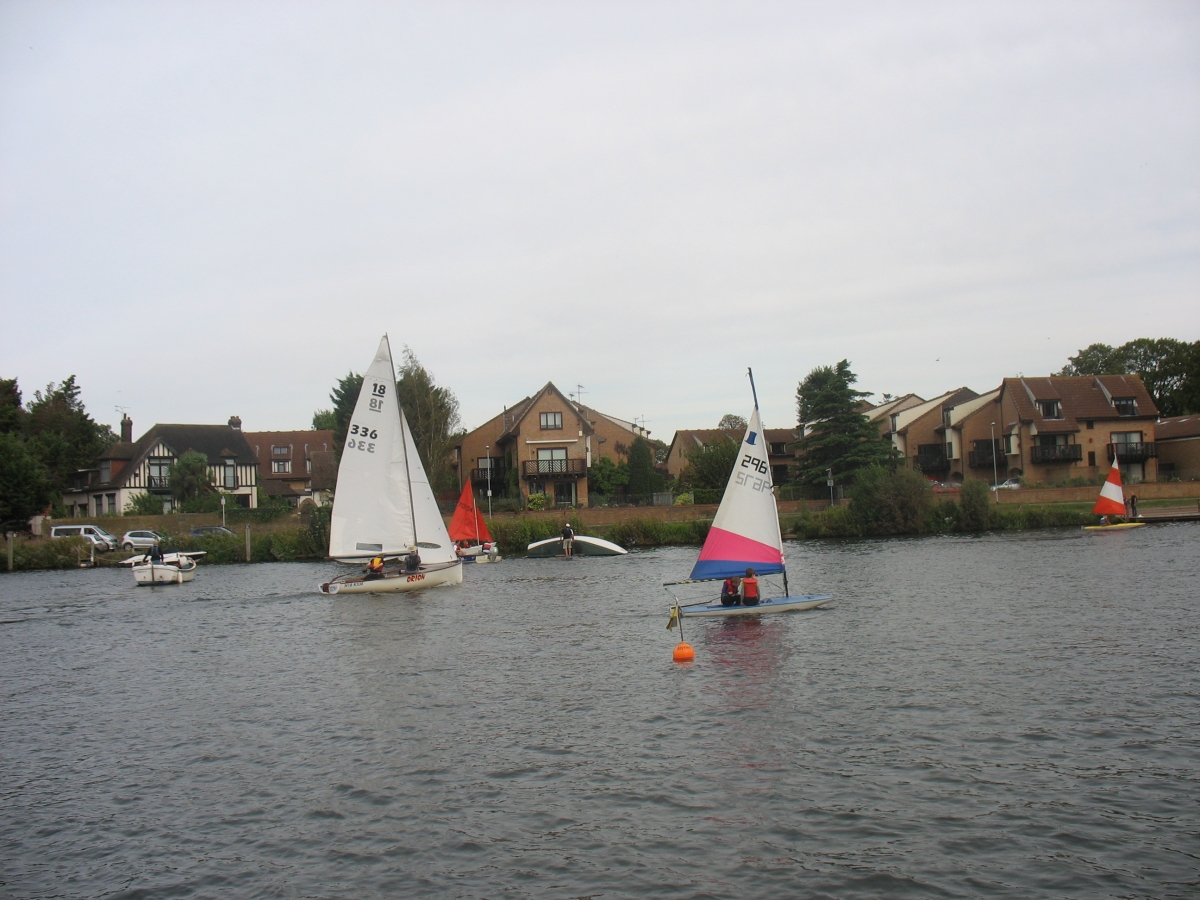 The over the line start

Tamesis Vice Commodore Alan Green won the National 18 Inland Championship at Tamesis on Saturday 18 September after a dramatic last race in which both his boat and the second boat were over the line at the start.  Crewed by Peter Konidaris in Orion (336), Alan did not hear the recall signal from Race Officer Matthew Peregrine-Jones.  Nor did Andrew Royce and Marcus Chavasse in Scorpion (340), who capsized trying to avoid Orion.

The gusty southerly wind, with gusts up to 23 knots, made sound signals hard to hear. The overturned Scorpion drifted slowly downstream and was assessed as clear to start only to find it difficult to right herself.  She was eventually disqualified after being helped to get upright by a patrol boat.  Orion eventually heard the calls about being over the line and returned to make an authorised start.

Alan and Peter had capsized in the first race but recovered in time to win.  Scorpion had broken her tiller in the second race and Andrew and Marcus spent most of the lunch break doing a repair.

Rhapsody (375), sailed by Michael Vasey and Luca Vitali, only took part in the first race.

As one spectator commented “It turned out to be a one boat race”.