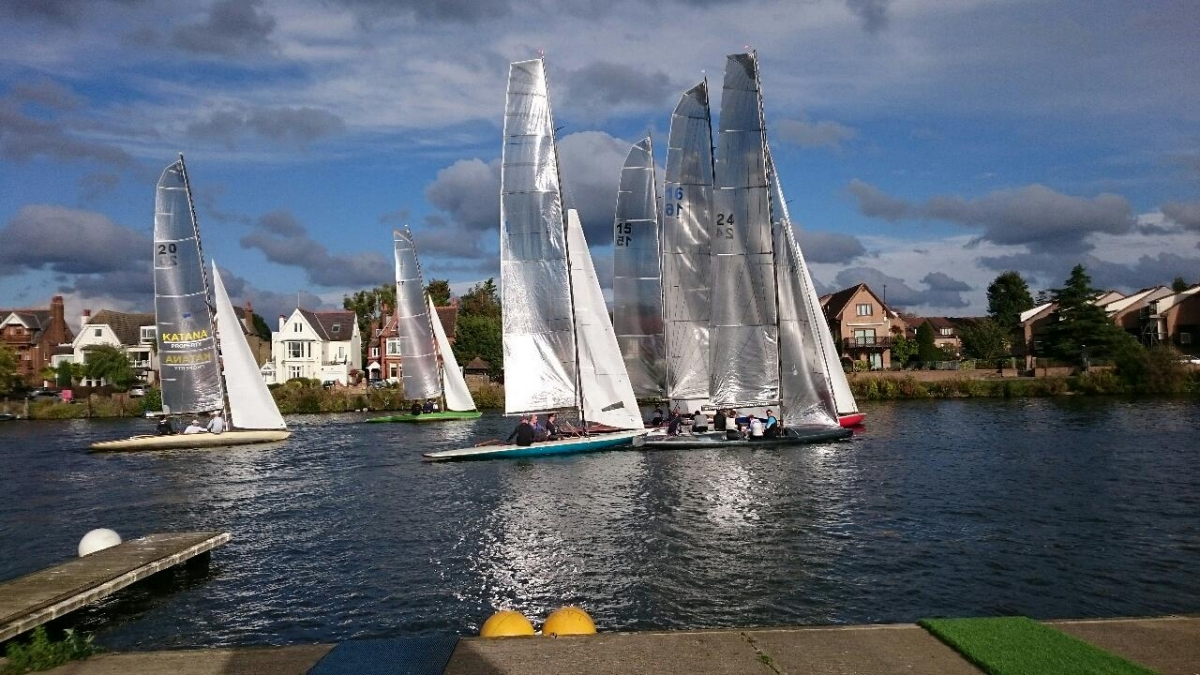 More pictures by Chris Wade – see the link below:

The newest of the historic 10 strong fleet of A Raters that visited Tamesis over the weekend of 15th 16th October, convincingly won both the Braganza Bowl and the Yates Cup.

The south easterly wind lent to some exciting sailing, especially on the Sunday with  strong gusts which caused the odd near capsize.  The course was set above Stevens Ait and the lower end of Trowlock Island on both days.

On Saturday the racing was organised by OOD Peter Fryer ably assisted by Chris Taggart in the box and Simon Craig and Chris Balmbro in the launch.  Graeme Lythe officiated on Sunday also ably assisted by Hugh McLaughlin in the box, and Doug Pope Jose Ugarte, Chris Pollard and Malcolm Warner in the Safety Boats.

Chris Simon from the RYA provided valuable support judging on Rule 42 infringements.  We look forward to seeing him in a couple of weeks time.

The Yates Cup  (a single race usually the second in the series) was won convincingly by nr 24 Adventurer from Upper Thames SC.

The Braganza Bowl was hard fought for over a series of five races, four to count. It was very exciting to watch, with lots of place changes and very close finishes.

The competitors were joined by several Tamesis members for a tasty meal on Saturday evening.  The meal was prepared by Anna Finney with help from Chloe.  Alicia ran the bar.  All of which who received a standing ovation from the diners.

Sundays plentiful and welcome food and bar was provided by Jo Carstens, Alicia, Chloe and Lauren

Many many thanks to all those who helped out on the day.

A big thank you also goes to the Rater Association for organising such a fantastic turnout.