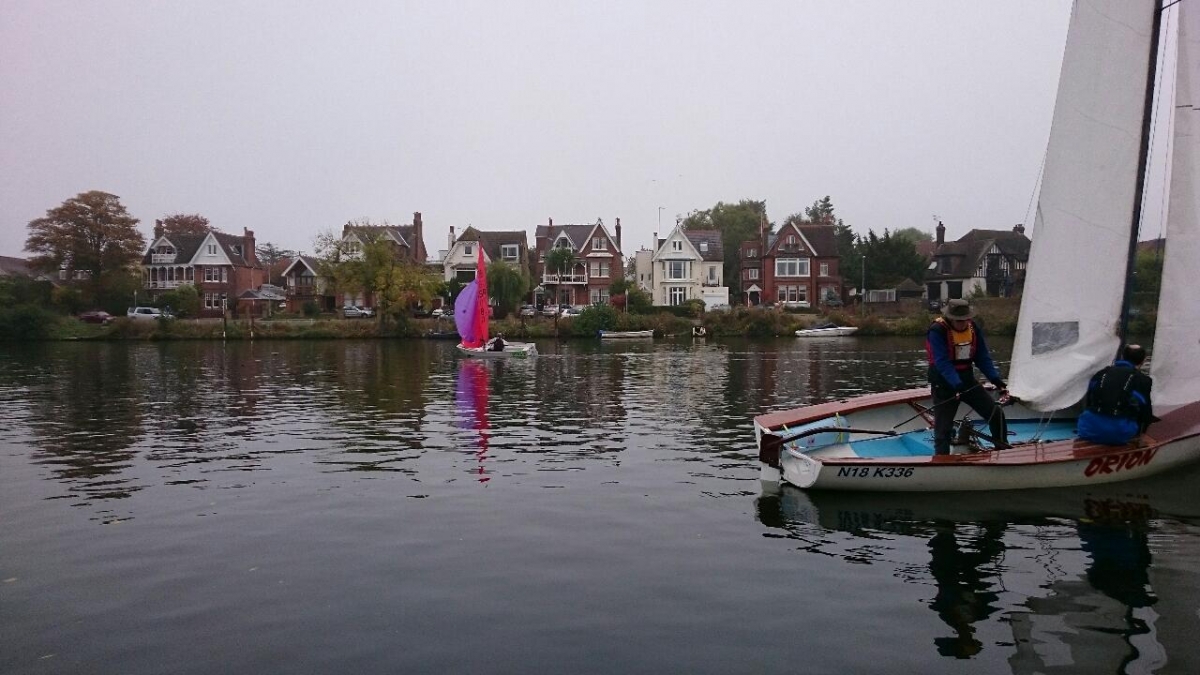 Sailors were greeted by a flat calm when they arrived at the club on Sunday.  However, the wind came up enough to get racing in for the RNLI Burgees.  The winners will be announced at the prize giving.  Thanks to Charles Fox and the race team for organising.

The RNLI ladies set up their plentiful store of christmas cards and gifts, and there wasn’t much left at the end of the day.  Thanks to them both and Liz Haan, the secretary of the Twickenham Branch who arranged it.

Jo Carstens cooked up a storm with her fish pies which were sold immediately.  We put a 40% markup on all the food and the proceeds from that all went to the RNLI Fish Supper appeal.  Many thanks to Rita Dunkley who spotted the appeal in the RNLI magazine and suggested we take part.  Many thanks to Jo, Lauren for cooking and Nicky Johnson for setting it up.