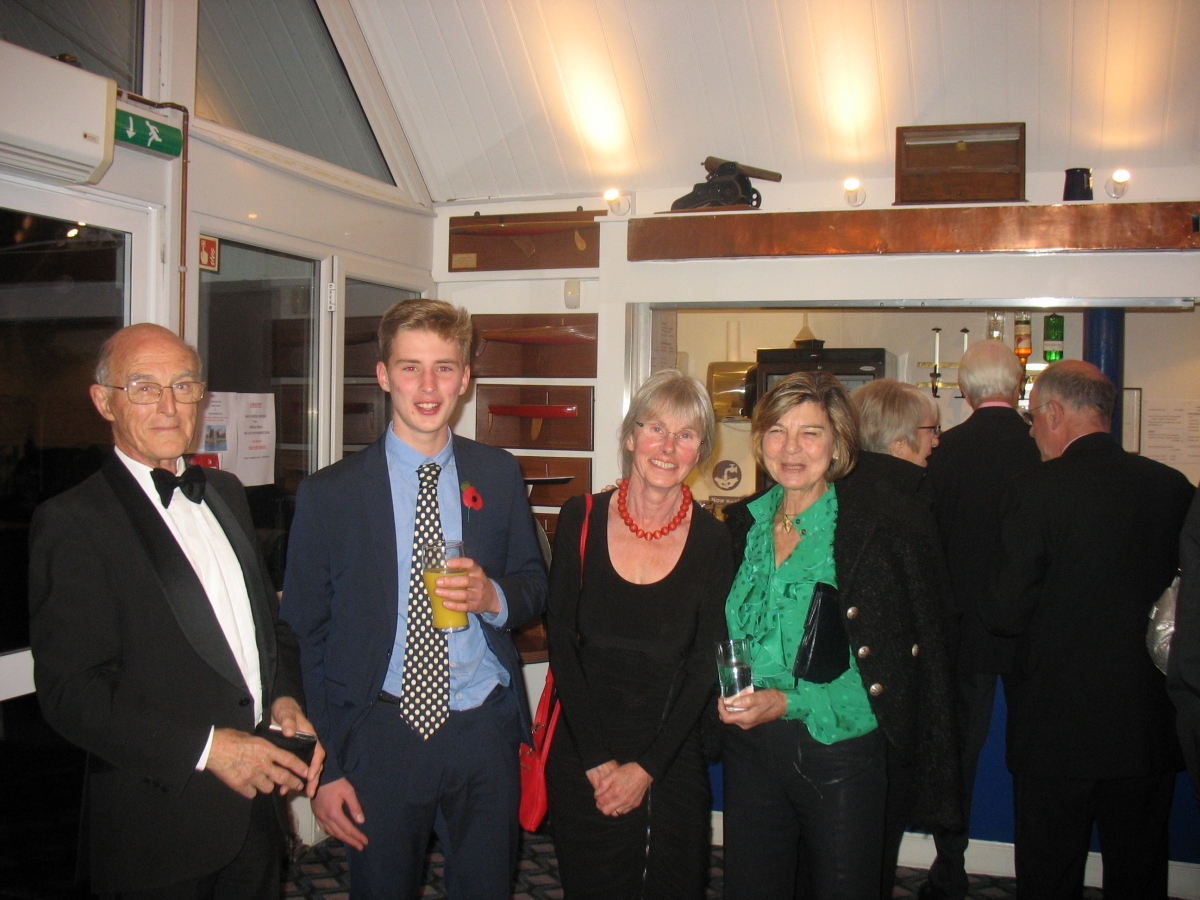 Donald Forbes with the Laser Shield

Laser sailor Nick Forbes was congratulated for showing the qualities of a potential Olympic sailor at the Tamesis Club prize giving on Saturday 12 November. Vice Commodore Alan Green, a former Secretary and Race Director of the Royal Ocean Racing Club, said Nick’s talents were comparable with those shown  by members in the Club’s earlier years like Stewart Morris, who won a gold  medal in 1948.

Nick, who is 17, was taught to sail by his grandfather, Donald Forbes, Tamesis Laser Class Captain, himself a frequent winner in the Laser class.

Commodore Carolyne Vines presented trophies to members at the annual prize giving dinner which was attended by 46 members.

Alan Green nominated 27 members as Club Ambassadors for representing Tamesis at the open meetings of other clubs. He said “The club is proud to recognise the efforts of members who represented the club by racing under its burgee at other venues during the year ending 8th October 2016″.

Offshore trophies were awarded to Tony and Leonie Steer for sailing round Britain in Shen Shui, a Moody 33, and to Jim Hamilton for sailing up to Scotland in Sandy Lady, a Parker 23.

The Commodore’s prize was presented to the Sailing Instruction Team for their huge contribution in teaching new members to sail, and encouraging them to race,  the results of which have been seen recently in the Trowlock Trophy and the Trafalgar Trophy.

The Commodore thanked all the following for their hard work in preparation of the prizes and the excellent meal:

Stewart Colley, Alan Green and Chris Pollard for the prizes, Nicky Johnson for organising the meal helped by Peter Johnson and Paul Jamieson (carving and laying up).  Adrian and Sally Warwick-Haller, Chris Pollard, Alan and Susan Green, Anne Bayne and Sue Harris for laying the tables. Steve Katz for ordering the food, Sue Harris and helpers for making the amazing trifle.  The kitchen staff were led by Anna.  Her helpers were Josefine, Chloe, Josh and Gabi.