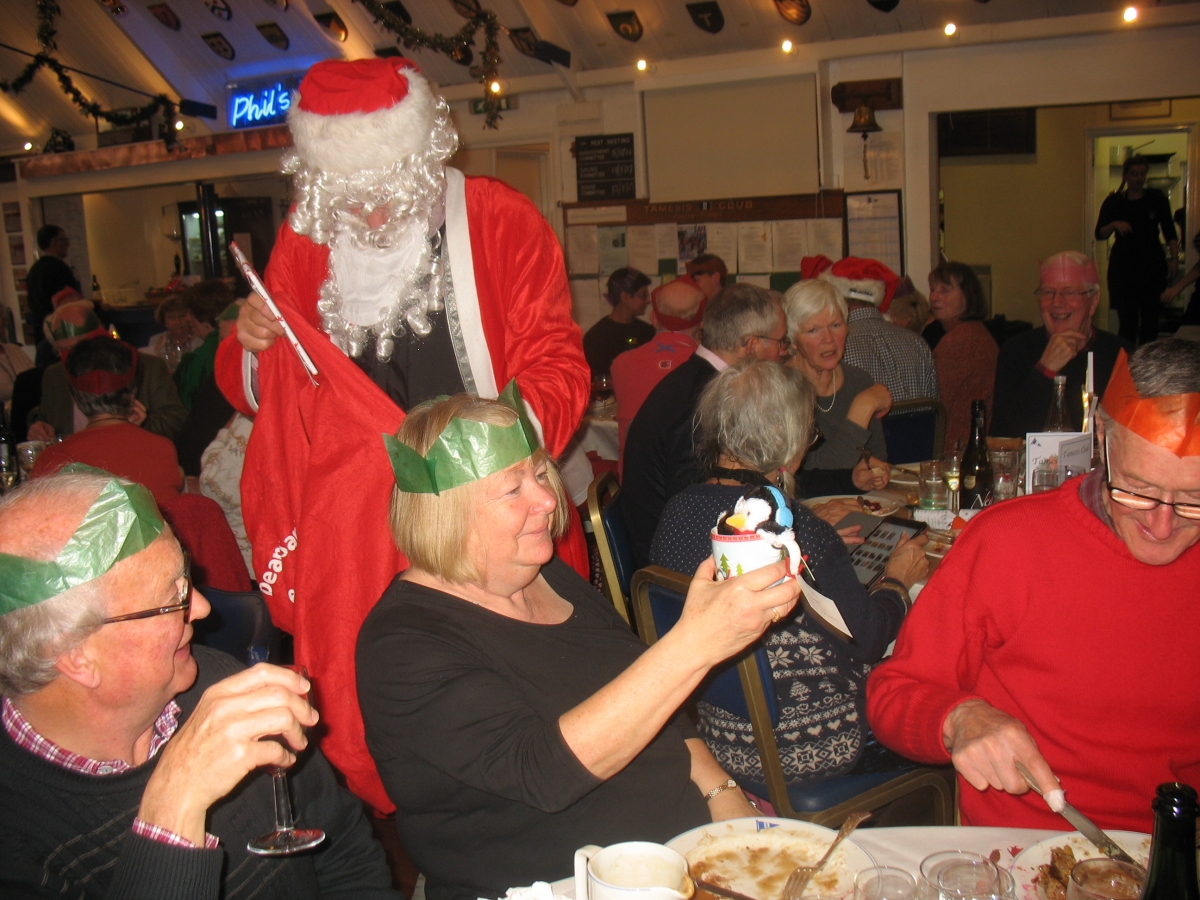 A near record number of 103 members and guests attended the annual Christmas lunch on Sunday 11 December.
The meal followed the traditional races for Christmas pudding prizes, which were given out during the meal.

25 boats turned out for the Christmas Pudding Race, sailed in a light westerly wind in full view of the Clubhouse. The glorious sunshine and mild temperature certainly encouraged a good turn out. Helms and crews were complimented on the well decorated boats. The wonderful smells wafting across the water from the cooking whetted everyone’s appetites.

Sailing Secretary Stewart Colley opened the proceedings with a very moving Grace remembering the many people in war-torn countries and those without a home or enough food to eat.

The meal, prepared by Anna Finney, Jo Carstens and a bevy of helpers, began with smoked salmon and went on to turkey with all the trimmings, followed by plum pudding, satsumas, cheese and biscuits, chocolates and coffee. There were also glasses of port, for those who wanted them.

Santa arrived to loud cheers and gave presents to the children and all those who had helped in running the Club during the year.

Commodore Carolyne Vines thanked Santa and all those who had helped to cook the meal and set the tables, decorated the tree and the club room, and was rewarded with a kiss from Santa.

The lunch came to a happy conclusion with the traditional carol singing led by Brian Southcott and the noisy rendering, table by table, of “The Twelve Days of Christmas”.