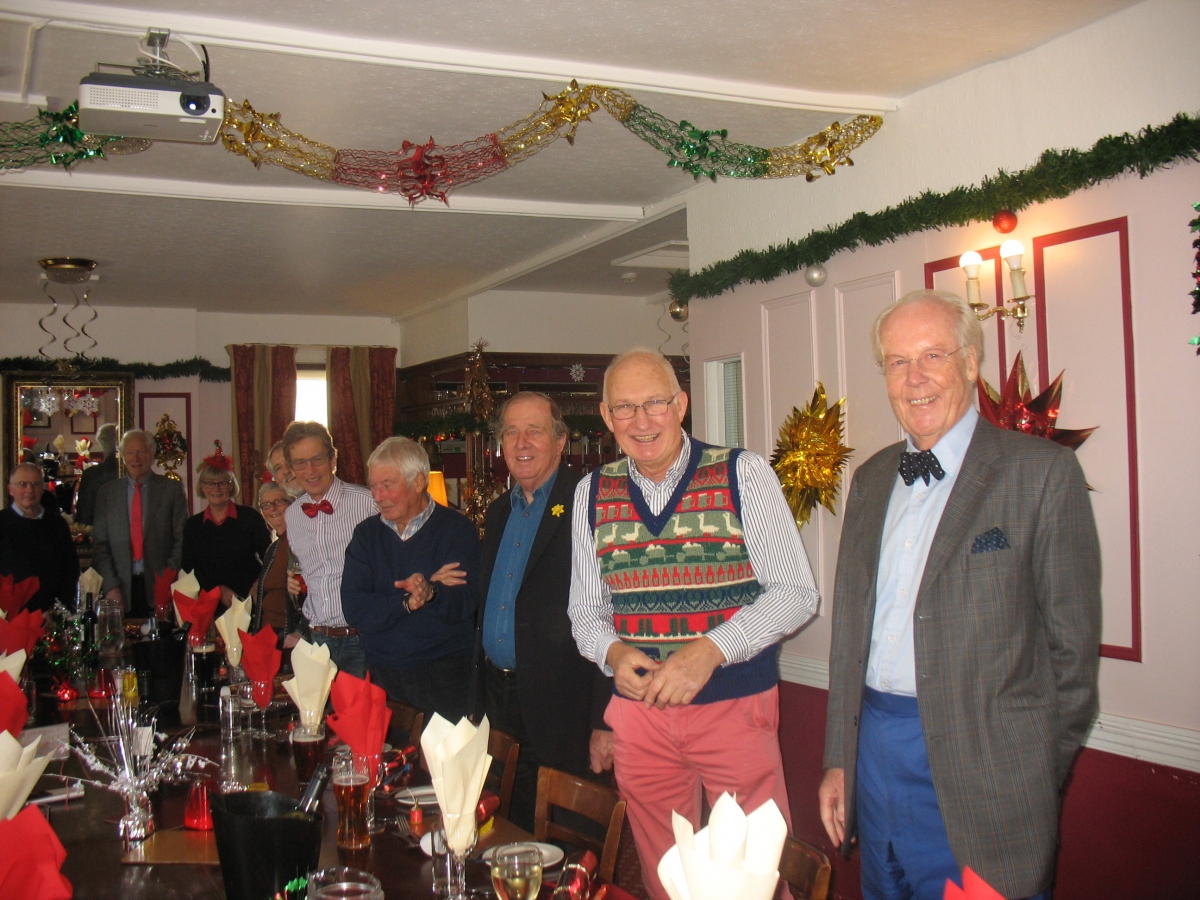 All the members of the Wednesday Morning Working Party do a tremendous amount of work to keep the Clubhouse neat and tidy, the changing rooms, lawn, dinghy park and boat shed and patrol boats in ship shape.  On one Wednesday near Christmas they celebrate with a festive lunch at which they tell amusing stories, often as poems, in which they poke fun at each other’s activities.  This year the fun, enjoyed by 23 members at The  Adelaide pub, was no exception.  However, as everyone knows, Poets Day is on a Friday.  (“Push off early tomorrow’s Saturday”).  But this year the rhymes ended on a dramatic note as Charles Fox told how he had to abandon the yacht Polar Bear in the storm bound RORC Fastnet Race of 1979 and had to be rescued from the yacht’s life raft by a Royal Netherland’s Navy destroyer which was the official guard ship.  He said he was lucky to survive.

As in previous years, the party was organised by Jim Green.