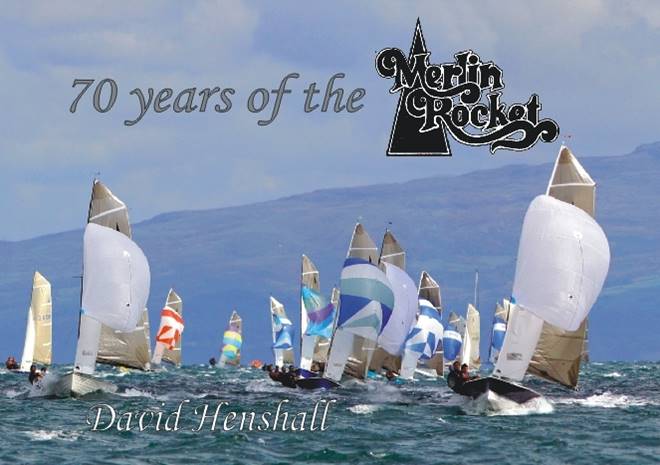 The latest Winter talk was given on the 5th January by David “Dougal” Henshall (Author of ” Real
Magic – 70 years of the Merlin Rocket”). David retired early from BT, travelling the world setting up call centres !
He now devotes his time to writing, giving lectures and acting as a Race Officer. He also gives the keynote
talk at the Boat Show.
Prior to the talk about fifty members and guests, some from Ranelagh and Hampton, chatted and sipped (a little)
and were then treated to a delicious meal of shepherds pie and apple strudel with ice cream.
David launched into his talk, while some strudels were still being consumed, and regaled us with a potted
history of the Merlin, its personalities and the effect the boat, as a Restricted Design and as the first
Class Association, has had on yachting and dinghy design over the past 70 years.
He was easy to listen to, a master of his subject and had a rapt audience. After about an hour there was a question or two followed
by a well earned round of applause and a word of thanks from Jim Green (who should, also, be thanked
for providing all the technical gizmos for projecting the pics !). A very enjoyable evening.