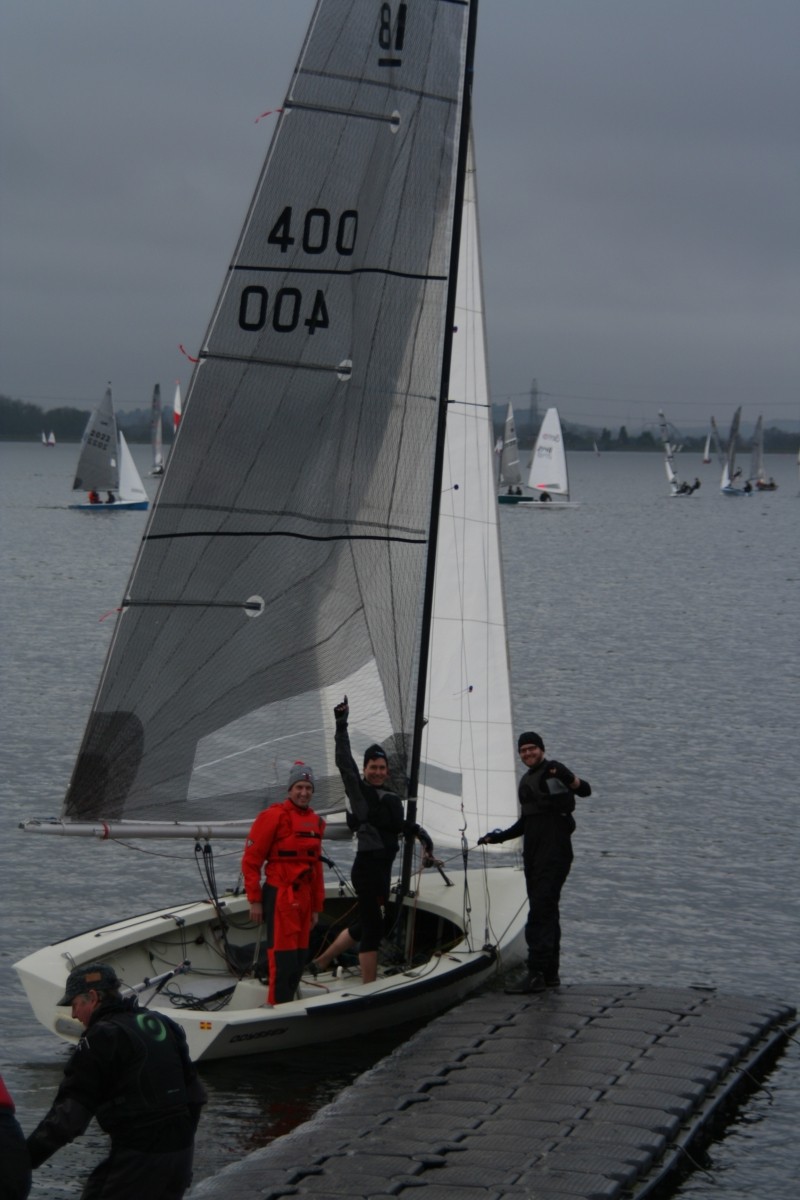 Olly, Jeremy and Doug before they set out.

James, Kaan and Tom before they set out.

Oliver Houseman and Jeremy Vines were 86th overall in National 18 Hurricane nr 401 in an entry of 287 boats from 105 sailing clubs at the 2017 Bloody Mary race organised by Queen Mary SC on the first Saturday of the London Boat Show on 7 January.   James Fox, Tom McLaughlin and Kaan Yargici were 99th in National 18 Odyssey 400.

Two other National 18s took part, both of whom are based at Blackwater – Shadow and Panther.

The 18s were also sailing in the English National Championship for the National 18 class, which is sailed at a different venue every year.  The Trophy was presented in 2013 by Jeremy Vines and Richard Howells in memory of their fathers’ contribution to the National 18 Class.  The Trophy was presented to the winning crew of  Hurricane Jeremy, Olly and Doug at a celebratory meal in a local curry house.

The race, in light winds, was won by Alex Davey and his nine year old son Thomas, both well know as contestants at Tamesis events, from Royal Harwich YC, in Firefly 2649.  Another Firefly also well known at Tamesis, number 3119, sailed by Barney Smith and Trinian Morris, from Papercourt SC, was second.